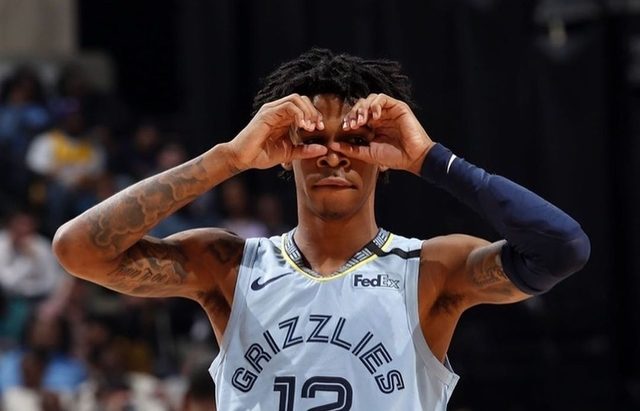 MANILA, Philippines – The Memphis Grizzlies are a perfect example of a rebuild done right.

Just a few years after the end of the “Grit and Grind” era featuring Marc Gasol, Zach Randolph, Mike Conley and Tony Allen, the team is now back to playoff-hunting mode after just two seasons near the bottom of the standings.

With the NBA season restart all set to go at Disney World Orlando, the Grizzlies are determined to see the fruits of their labor pan out and threaten a contender’s title hopes if they hold on to their spot in the standing, which is a big “if.”

Of course, the talk of the town in Memphis this season has been all about Rookie of the Year frontrunner Ja Morant, Conley’s heir at the point guard spot.

But what other fans outside Memphis may be overlooking is the two-way value of sophomore forward Jaren Jackson Jr, the 4th overall pick of the loaded 2018 NBA draft.

Sandwiched between All-Stars Luka Doncic and Trae Young in the draft board, Jackson has quietly developed into a promising stretch 4 with averages of 16.9 points, 4.7 rebounds and 1.6 blocks on 47% shooting and a guard-like 40% clip from downtown.

Much like the Grit and Grind era before them, the modern-day Grizzlies don’t yet have a certified superstar to really push them deep into contention status.

But for those teams up there, it would be foolish to take these young guns for granted.

After a moderate three-game start against lower-ranked Western Conference teams, the Grizzlies will go through a five-game slog against some of the absolute best teams from both sides, capped off with the top 3 seeds from the East.

Memphis will certainly hold onto their 3.5-game lead for dear life as the 5 other invited West teams below them are all within striking distance. A bad start will certainly doom them as their schedule practically demands good momentum at the home stretch.

The Grizzlies are slightly ahead from the rest of the pack for now, but once the games start, all bets are off. The road ahead is already tough enough, but they also have to watch their backs at the same time as well.