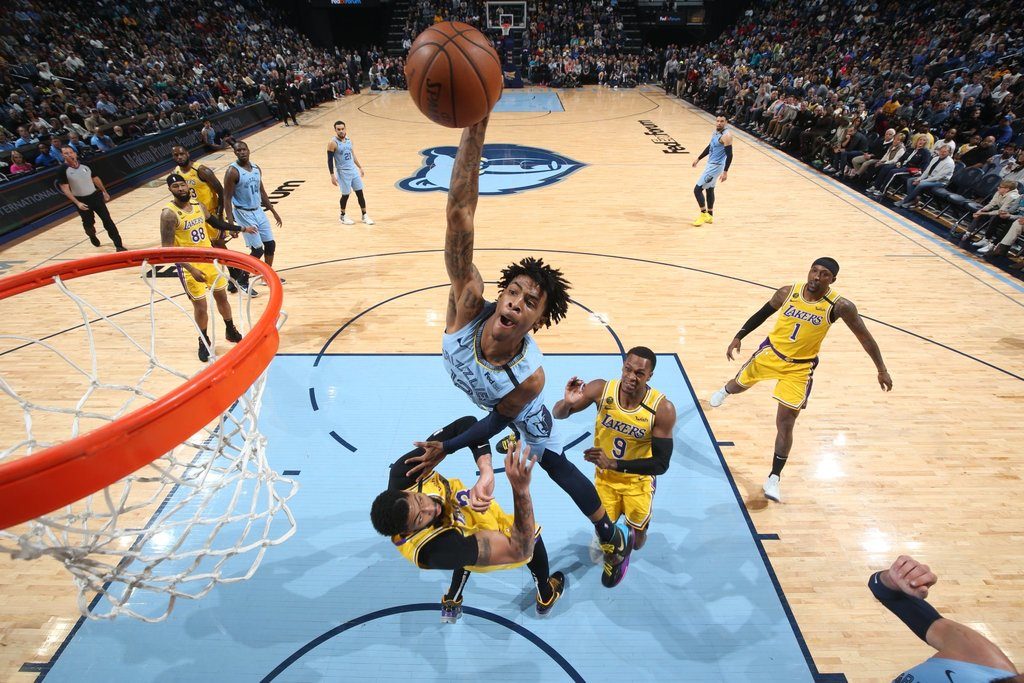 The 20-year-old standout, who has sparked Memphis into the NBA season restart at Orlando in late July, had reposted a message Sunday which showed a four-letter profanity on a jersey bearing his number 12. Twelve is a slang term for police.

The tweet came after reports at the weekend that the NBA would allow players to customise jerseys at next month’s league restart to carry social justice messages.

Morant later removed the post and tweeted Monday that he had not meant to condemn all police.

“I want to first apologize for reposting something that didn’t clearly and accurately convey what I wanted to share,” Morant posted Monday.

“My post was intended to focus on the bad cops who get away with the murder of unarmed Black men and women, and those who continue to harass peaceful BLACK LIVES MATTER protesters.”

Morant, last year’s national college assists leader at Murray State, spoke out in the wake of May’s killing of unarmed black man George Floyd while in police custody and the global protests against racism and social injustice that have followed.

“I know there are some good cops ’12’ out there. I know some, and a few are family,” Morant wrote. “I am thankful for the cops at Murray State who took care of me, and the cops who continue to watch over me with the Grizzlies.”

Morant has averaged 17.6 points, 6.9 assists and 3.5 rebounds a game this season for the Grizzlies, who were 32-33 when the NBA season was shut down in March for the coronavirus pandemic.

That has Memphis eighth in the Western Conference when the campaign resumes July 30 with five other clubs chasing them for the final playoff spot in the West.

“You may see me as just a basketball player and I may lose fans for taking a stand, but I won’t stay silent,” Morant wrote, citing the shooting death of Breonna Taylor in her Kentucky apartment by police.

“BLACK LIVES MATTER!! Where’s the justice for Breonna Taylor?? And the countless other innocent Black lives that have been taken at the hands of dirty cops with no convictions?” – Rappler.com