Jul 2, 2020 9:03 AM PHT
Agence France-Presse
Facebook Twitter Copy URL
Copied
LeBron James and JR Smith reunite after teaming up to win an NBA crown with the Cavaliers in 2016 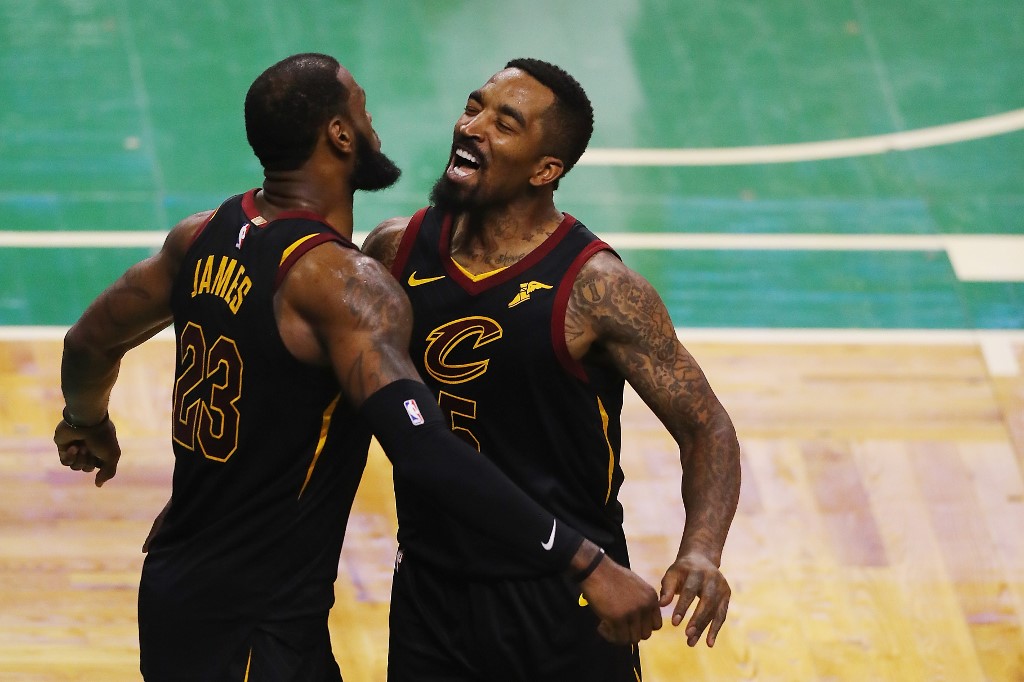 LOS ANGELES, USA – Free agent guard JR Smith has signed with the Los Angeles Lakers for the NBA’s season restart, a move that reunited him with superstar LeBron James.

“OFFICIAL: Welcome to the squad,” the Lakers tweeted over a photo of Smith in a Lakers uniform on Wednesday, July 1.

Smith, winner of the NBA’s Sixth Man Award as top reserve in 2013 with the Knicks, teamed with James to win an NBA title with the Cleveland Cavaliers in 2016.

He hasn’t played since taking the court with the Cavs during November of 2018, but had worked out for the Lakers in March before the NBA was suspended because of the coronavirus pandemic.

At the time, the Lakers decided to sign Dion Waiters instead.

Although Smith turned into a punchline in 2018 when he infamously messed up in Game 1 of the Cavs-Warriors finals, Lakers coach Frank Vogel said the James-Smith chemistry was important. (LOOK: Social media wrecks JR Smith with memes after disastrous Game 1 blunder)

“That was a factor – his familiarity with LeBron and the way we built our team, obviously around LeBron,” Vogel said in a media conference.

Smith, 34, has been staying in the Los Angeles area and the Lakers have turned to him after guard Avery Bradley announced last week he was opting out of the NBA restart in Orlando, Florida, because of family health reasons.