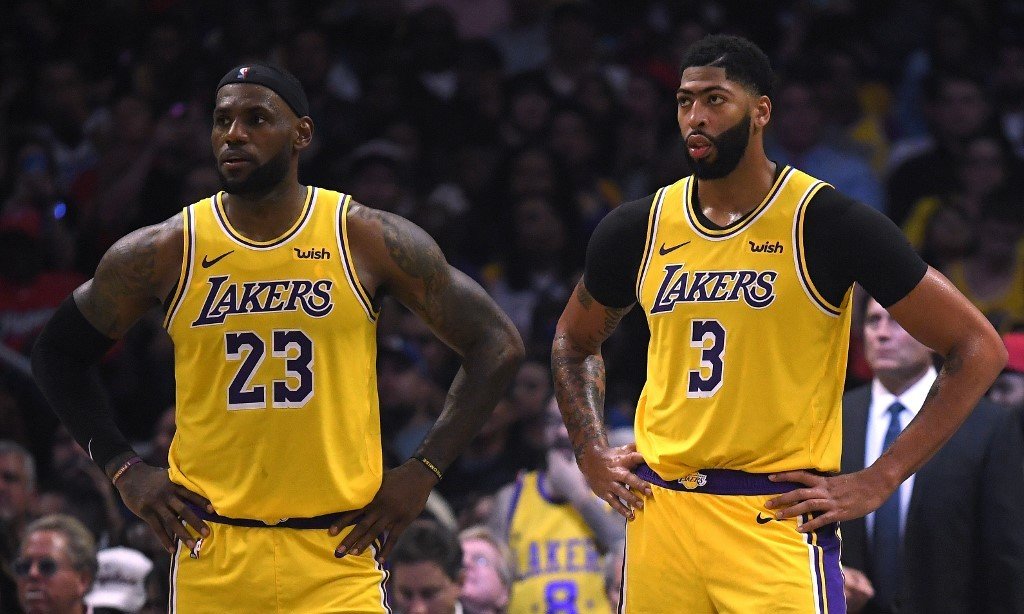 LOS ANGELES, USA – Anthony Davis says he likes the Los Angeles Lakers’ chances of winning the NBA title even more when the coronavirus-halted season resumes July 30 after a four-month break.

The 27-year-old power forward says he feels “100% healthy” after working out at home nearly every day since the NBA shut down on March 11 after Utah’s Rudy Gobert tested positive for COVID-19.

“Actually I think our chances are higher because we’re all rested,” Davis told reporters Thursday. “It’s going to be who wants it more.

“We’re motivated as a team and self-motivated to win.”

The LeBron James-led Lakers had the second-best record in the NBA at 49-14 and topped the Western Conference by 5.5 games over the Los Angeles Clippers when the campaign was halted.

They will travel to the NBA “bubble” at Orlando, Florida, next week for training camp and play 8 more regular-season games without fans starting July 30 against the Clippers before the playoffs begin. (READ: Lakers-Clippers highlights NBA return from hiatus)

If the Lakers do make a run to the championship with the NBA Finals in October, they would spend about 3 months in the quarantine atmosphere.

The Lakers will be without guard Avery Bradley, who opted out of the comeback plan, and might not have center Dwight Howard, whose status is uncertain.

The Lakers have added JR Smith, a former James teammate in Cleveland, to replace Bradley, while Dion Waiters and Markieff Morris had barely joined the Lakers before the shutdown.

“Markieff showed he can be a big part of our team,” Davis said. “Dion and JR are going to help us tremendously as well, with JR’s ability to shoot and Dion’s ability to score and playmake. It’s going to be beneficial for us going to Orlando.”

Davis is mindful of coronavirus worries and Florida’s rising number of COVID-19 cases, but he has confidence in NBA safety precautions and other players not wanting to become infected either. (READ: 25 NBA players, 10 staffers tested positive for virus)

“I think everybody would be mindful of following the rules. I don’t think no one wants to get COVID,” Davis said. “Guys won’t put themselves or other players, staff in jeopardy. The NBA is doing as much as they can to keep the bubble as safe as possible.”

There won’t be any spectators at the games as a result. (SCHEDULE: 2020 NBA seeding games, Philippine time)

“It’s going to be different,” Davis said. “Obviously we feed off Laker Nation, home and on the road. It’s going to be very different not being able to have them by our side during this time.”

Davis says the impact will be more mental and require players to be self-starters when times get tough.

“If you’re having a bad game, there’s not going to be fans there to get you going,” Davis said.

“As we say on the team, you’ve got to bring your own energy.” – Rappler.com