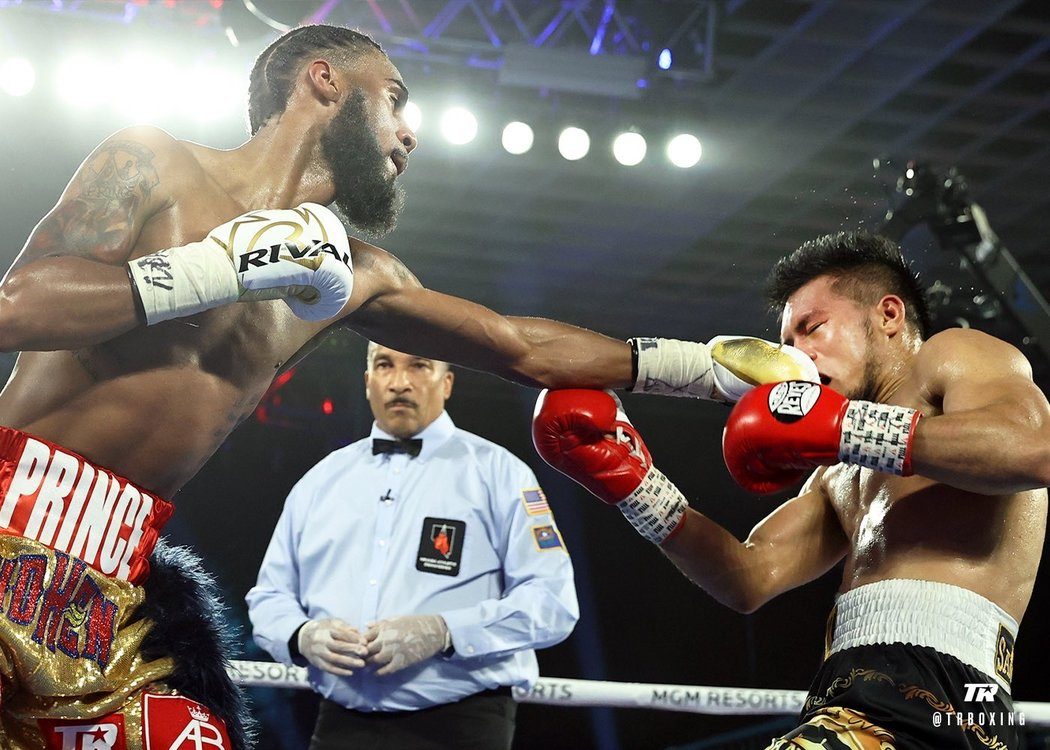 MANILA, Philippines – Mark Bernaldez fought aggressively but Albert Bell was not only taller and longer, he was also better.

Though Bernaldez executed the game plan, he could not land the shots against Bell who coasted to a shutout 100-90 decision on Thursday, July 2 (Friday, July 3, Philippine time) in their lightweight encounter held behind closed doors at MGM Grand in Las Vegas.

The 6-foot Bell, using his 6-inch height and reach advantage, kept Bernaldez at bay from the opening round with his snappy jabs and evaded trouble with backward or sideward steps.

Bernaldez failed to pierce Bell’s defenses even in the 10th round where the prime prospect from Toledo, Ohio, wielded a hurting right hand.

In a rare instance, Bell plowed forward and connected on Bernaldez’s face with 30 seconds to go, 1 of 18 in the 9th as he proved to be an accurate puncher as well.

Bell stretched his win-run to 17 with 5 knockouts and will likely be given a world title crack in his next fight owing to his dominant performance against Bernaldez, who absorbed his fourth loss against 20 wins, 14 by knockout.

Intermittently flicking his elongated arms, Bell threw 418 punches, 125 of which found their mark for a 30% accuracy. In contrast, Bernaldez unleashed 319 of which only 46 connected for a poor 14 %.

According to Manangquil, Bernandez told him he tried hard to penetrate Bell’s defenses as instructed by trainer Osmiri Fernandez, but the American was sharp and too elusive to be cornered.