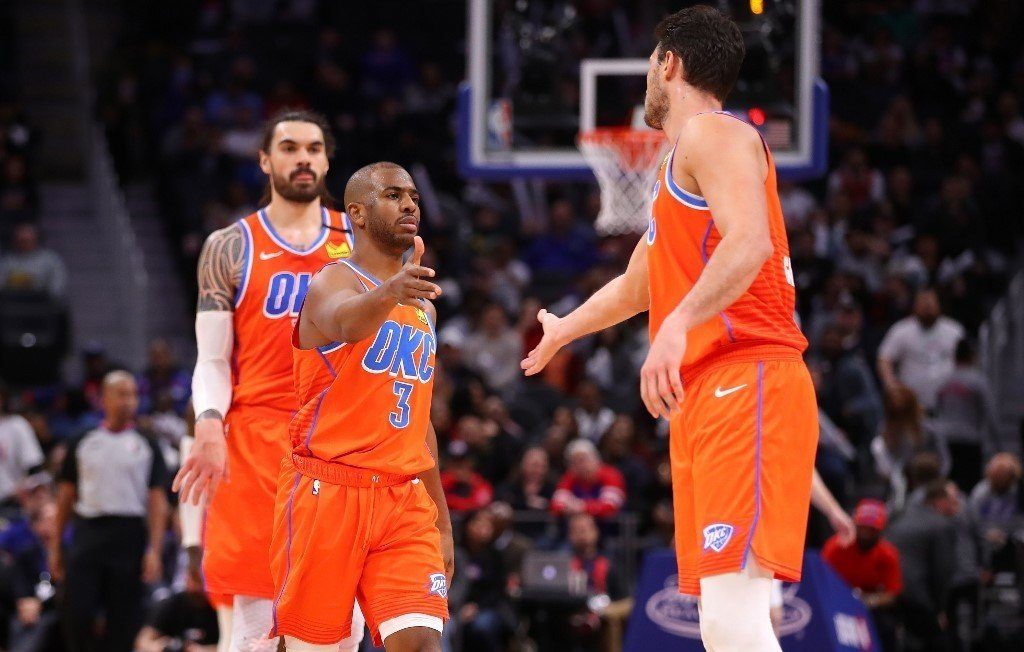 MANILA, Philippines – The Oklahoma City Thunder are, safe to say, not on anyone’s radar to make the playoffs for the NBA 2019-2020 season.

After the sudden departure of top stars Paul George and former MVP Russell Westbrook in the offseason to big trades, the Thunder were left with a mishmash of veterans, in-prime players and young guns whom on paper, did not seem to fit.

However, new team leader Chris Paul, who was exchanged by the Houston Rockets for Westbrook, only knew how to win, and he carried that mojo with him in OKC.

After being projected by ESPN to have a then-agreeable 0.2% chance to make the playoffs after the trades, the Thunder defied the 99.8% and clinched yet another playoff spot as if they did not lose two franchise cornerstones in one summer.

Now, this bunch of overachievers are out to see how far they can further defy the odds, and will approach every true contender with a dangerous, nothing-to-lose attitude.

For obvious reasons, the driving force – literally and figuratively – of this ragtag team is no other than the 35-year-old Paul, who is averaging 17.7 points and a team-high 6.8 assists on 49% shooting.

That shooting clip is a vastly overlooked aspect of Paul’s game at his advanced age, as it saw a massive 7% jump from his last year with the Rockets. He is currently the third-best shooter on the squad, behind big men Nerlens Noel and Steven Adams.

Running with Paul to form a lightning-quick 3-guard lineup are Most Improved Player candidate Shai “SGA” Gilgeous-Alexander and Sixth Man of the Year nominee Dennis Schroder.

SGA has made the most of having Paul and Schroder as his mentors as he has erupted with a team-high scoring average of 19.3 points per game – a huge jump from his 10.8 mark in his rookie season with the Los Angeles Clippers.

Meanwhile, Schroder himself has gotten the hang of his reserve guard role as he is norming 19 points on a career-best 47% clip with just one starting nod so far.

Rounding out the scoring quartet is Italian forward Danilo Gallinari, who has quietly averaged 19.2 points during a surprisingly healthy season like what Paul is having.

Along with relatively unknown yet reliable role players like Terrance Ferguson, Hamidou Diallo, Darius Bazley and Luguentz Dort, OKC is certainly a team full of surprises that may prove costly to those who overlook them.

Apart from the Phoenix Suns and the Washington Wizards, the Thunder’s schedule is a spread-out string of top dogs including the stacked Los Angeles Lakers and Clippers.

Given such a tough eight-game stretch, it won’t be surprising if OKC stays within the 6th or 7th-seed range with a first-round matchup against a top Western team.

And for those higher-ranked teams who are expected to do well, it will be foolish to relax against a squad who has done nothing but prove every prediction wrong.

The Thunder have taken the smallest of chances into the biggest of opportunities, and any title-chasing team not 100% locked in can get tripped on its way up.