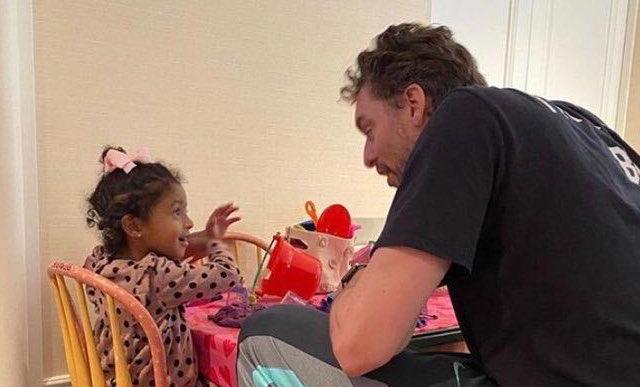 MANILA, Philippines – Daddy Kobe may be gone, but Uncle Pau is around.

Former Los Angeles Lakers big man Pau Gasol tugged at the heartstrings of basketball fans after he was seen with the kids of his late teammate Kobe Bryant on Tuesday, July 7, Manila time.

Fans gave bittersweet reactions to the post, as Gasol was best remembered for winning two-straight NBA championships with Bryant and the Lakers in 2009 and 2010. Today, he celebrated his 40th birthday, his first without his partner-in-crime around.

Prior to his tragic and untimely death with his second daughter Gigi, Bryant himself gave no shortage of praises for the Spanish legend, whom he credited for helping him win the final two of his 5 titles.

“I don’t win those championships without Pau. When he retires, he will have his number in the rafters next to mine” -Kobe pic.twitter.com/unwJh6sj9Q

Although he hasn’t formally announced his retirement, Gasol has not played since March 2019 with the Milwaukee Bucks.

He signed with the Portland Trail Blazers this season, but was soon waived without playing a single game after he decided to sit out and rehab his recurring foot injuries.

Fans have since clamored for Gasol’s return to the Lakers, who are currently legitimate contenders for their first title in a decade. – Rappler.com