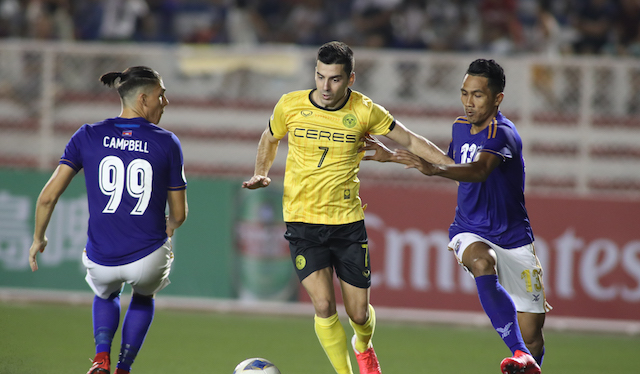 MANILA, Philippines – Three-time Philippines Football League (PFL) champion Ceres-Negros FC is currently in talks with new investors who are set to take over the club’s management and ownership.

In an official statement released on Wednesday, July 8, the club said it will also undergo a name revamp as Ceres Liner chairman Leo Rey Yanson will not be involved in the future affairs of the club.

“This is one of the toughest decisions made by Mr Yanson, whose passion for football was reflected at the way he poured his personal resources and steered the club to unprecedented heights since it was formed 8 years ago,” read the statement.

“While the pandemic has struck hard on businesses all over the world, Ceres has made its best efforts to compensate its players and staff.”

Philippine Football Federation (PFF) secretary-general Edwin Gastanes said the club’s 2020 AFC Cup slot will not be affected as the national federation will assist them with the necessary procedures required by the Asian Footall Confederation.

The Busmen are currently on top of Group G in the tournament where they last drubbed Bali United 4-0 in a closed-door match.

The 2020 AFC Cup is slated to resume in September in a bubble setup in Vietnam and the finals are targeted to be held on November.

The fourth season of the Philippines Football League (PFL), on the other hand, will have to wait for further directives from the country’s Inter-Agency Task Force (IATF) as the body only gave a green light to resume training for professional basketball and football teams.

Despite the situation of Ceres, which has made 3 AFC Champions League appearances, PFL commissioner Coco Torre remains optimistic that the upcoming season will start with 7 teams this year.

“Throughout the years, there were observations on what worked and didn’t seem to work. We are putting together the best strategies to move forward to have a more competitive and exciting league,” said Torre.

Before the pandemic, the 2020 PFL season was slated to be held on March 21. – Rappler.com