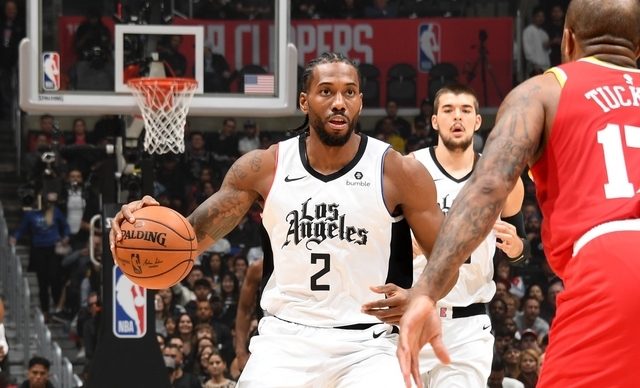 MANILA, Philippines – Los Angeles Clippers superstar Kawhi Leonard will not join the team in the flight to Disney World Orlando due to a “family matter,” per Yahoo Sports’ Chris Haynes.

This development comes as all 22 invited teams have started to arrive to the sanitized Orlando venue in preparation for the July 30 NBA season restart.

Per Haynes’ report, Leonard was given permission by the team to stay behind for a while and will eventually join the team once the matter is resolved.

There has been no indication yet that the 29-year-old star has contracted COVID-19, even after teammate Landry Shamet tested positive last Sunday, July 5.

Yahoo Sources: Los Angeles Clippers star Kawhi Leonard did not travel with team to Orlando in order to tend to a family matter. Will join team in a few days. https://t.co/IUs1oqJR73 pic.twitter.com/b9ZaqcJLDq

Leonard has been his usual elite self during his first year with the rising Los Angeles franchise, averaging career-highs across the board with 26.9 points, 7.3 rebounds and 5 assists in 51 appearances.

Along with fellow superstar Paul George and top bench players like Lou Williams, Montezl Harrell and Marcus Morris, Leonard and the Clippers are expected to be top title contenders this season like their city rival Los Angeles Lakers.

If Leonard leads the Clippers to their first franchise title and wins another Finals MVP award in the process, he will be the first player in NBA history to win the award with 3 different teams. – Rappler.com