Jul 9, 2020 1:22 PM PHT
Agence France-Presse
Facebook Twitter Copy URL
Copied
Some players still feel skeptical of the quarantined games, with some saying likely not everyone will follow the rules 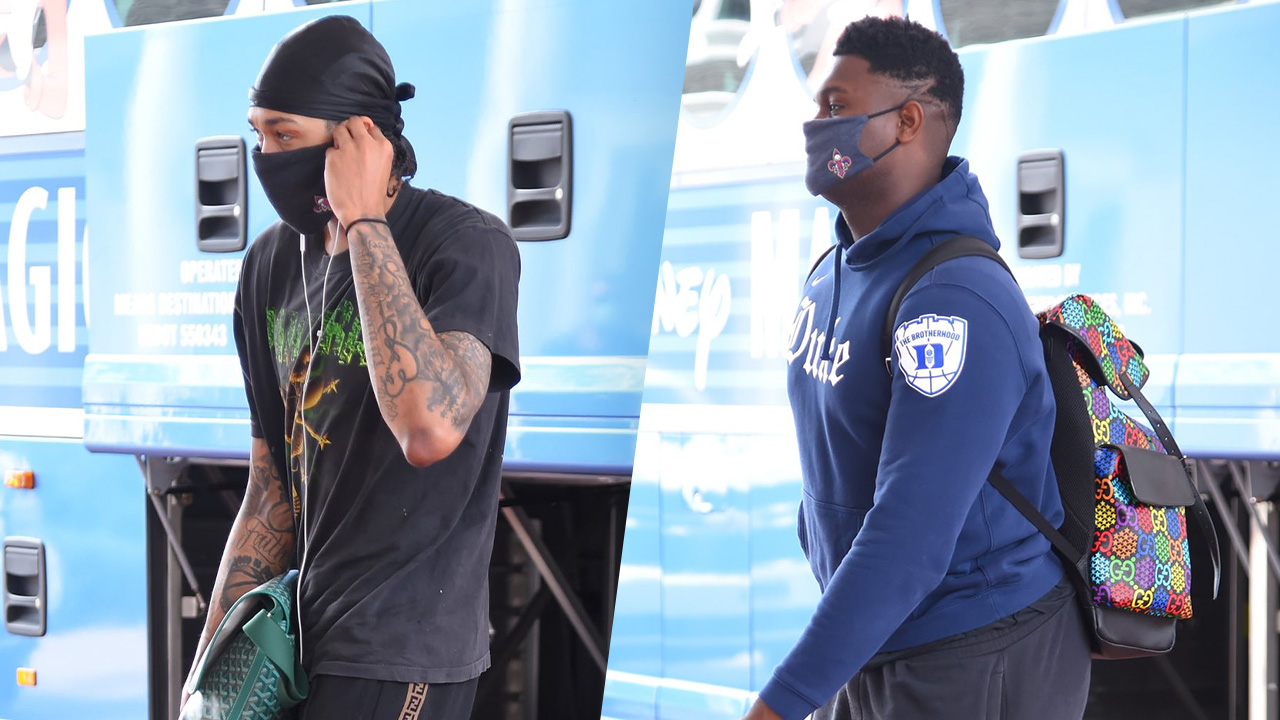 MIAMI, USA – NBA players have started arriving in Orlando to face life in the league’s “bubble” at Walt Disney World ahead of Thursday’s start of training camp workouts.

Airplane-style food trays have brought mixed reviews as 22 teams prepare to restart a 2019-2020 season that was shut down March 11 when Utah’s Rudy Gobert tested positive for COVID-19.

Players are tested for coronavirus upon arrival at the quarantined zone designed to prevent outbreaks even as Florida becomes one of the latest US epicenters of the deadly virus.

They must pass another test at least 24 hours later to leave isolation, and partake of hotel restaurants with more than pre-packaged offerings.

“Food is actually a lot better than what I expected,” tweeted Orlando Magic swingman Evan Fournier. The Frenchman also offered a quick tour of his typical-looking hotel room on social media, complete with a balcony.

Food is actually a lot better than what I expected #DisneyLife

Teams can begin training camp workouts once they have completed bubble arrival quarantine. Teams will start to scrimmage each other on July 22 ahead of the planned July 30 restart.

Some players have been outspoken in their lack of confidence in the NBA bubble plan, which was assembled in consultation with the players union and medical experts as well as local and state officials.

“I don’t like the idea,” Philadelphia 76ers star Joel Embiid said. “I still don’t believe in it and I don’t think it’s going to be safe enough.”

The Cameroonian center said he considered not playing but did not want to let down his teammates as they try to capture an NBA title.

“You don’t want to be in a situation where you put your life at risk and all that stuff for just what, the money?” he said. “At the end of the day, basketball is not all that matters.”

Embiid had little confidence every player on every team would follow all of the restrictions needed to safeguard everyone in the bubble environment from the virus.

“I know I’m going to do the right things,” he said. “But then again, I don’t trust those other guys.”

“My confidence ain’t great,” he said. “You’re going to have 22 teams full of players following all the rules? When we have 100% freedom everybody don’t follow all the rules.

“I don’t have much confidence but hopefully it will be handled to a point where we’re not putting everybody at risk or in a dangerous position.” – Rappler.com