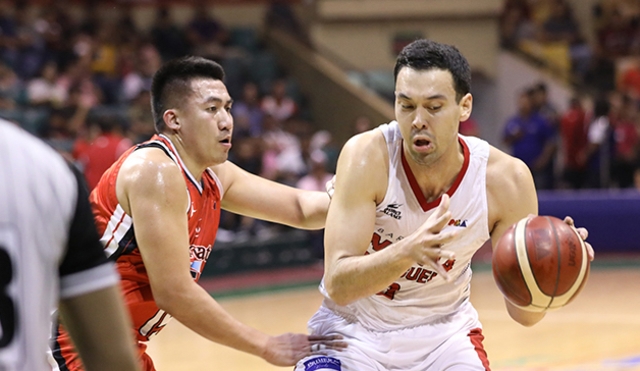 MANILA, Philippines – Former PBA player Greg Slaughter signed with an international basketball agency as he continues to work toward earning a spot with Gilas Pilipinas for the 2023 FIBA World Cup.

Slaughter inked a deal with Miodrag Raznatovic, the chairman and chief executive officer of agency BeoBasket which manages NBA players like Nikola Jokic and Dario Saric, he announced on Friday, July 10.

“[BeoBasket] represents many athletes whom I greatly admire that compete in the NBA, EuroLeague, and Asia,” Slaughter wrote on Instagram.

“They also represented the most number of players competing in the 2019 World Cup and I look forward to adding to that in 2023. I am also extremely honored to be the first Filipino player in their roster.”

PBA players, among them Japeth Aguilar and June Mar Fajardo, congratulated Slaughter on his next move.

“You can do it Greg! I believe in you since Day 1,” Aguilar wrote.

Slaughter has been training in the USA since announcing that he is taking a break from the PBA after his contract with Barangay Ginebra expired.

“Wherever my journey takes me, I will always proudly represent the Philippines, especially our national team. I will forever be humbled by the opportunities basketball and its fans have given me.” – Rappler.com