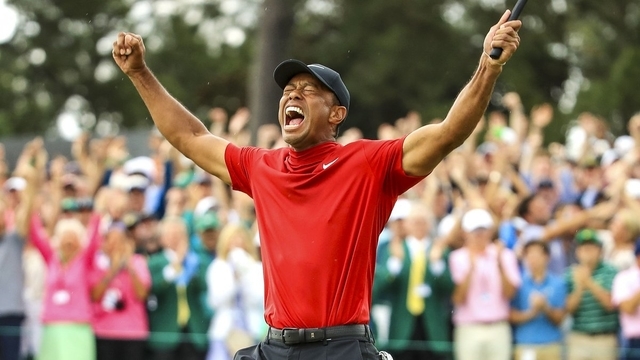 Rachel Uchitel, who was at the center of a sex scandal that erupted around Woods in November 2009, will be “breaking her silence for the first time” in the film, according to a release announcing the project.

The documentary will debut on HBO on December 13, about 4 weeks after the scheduled final round of the 2020 Masters.

Woods is set to defend the green jacket he won last year at Augusta National, completing his return from severe back injuries with his first major win since 2008.

The conclusion will air December 20, only 10 days before Woods’s 45th birthday.

It follows blockbuster ratings for a six-part documentary on Michael Jordan that was released during the coronavirus pandemic while most sports were shut down.

The project is based upon the book on Woods by Jeff Benedict and Armen Keteyian and includes never-before-seen footage plus interviews with former Woods caddie Steve Williams and six-time major winner Nick Faldo among others.

The documentary charts Woods from his toddler days swinging clubs on television through injury fears that left him wondering if he might ever walk normally again to his current comeback, set to resume at next week’s US PGA Memorial tournament.

Woods has matched the career record 82 US PGA Tour wins of legend Sam Snead and his all-time major total ranks behind only the record 18 won by Jack Nicklaus.

“Since his introduction to the world at the age of two, Tiger Woods has inhabited our collective consciousness as a prodigy, a pioneer, a champion, a global icon, and then a tabloid headline,” the directors said in a statement.

“After months of research and countless hours of revelatory conversations, we discovered that he has always been a projection of outsized expectations. His father, his sponsors, and his fans all made Tiger Woods into whom they wanted him to be.

“Our goal was to dive deeper and create an unflinching and intimate portrait of a man, who like all of us, is imperfect and inherently human.” – Rappler.com