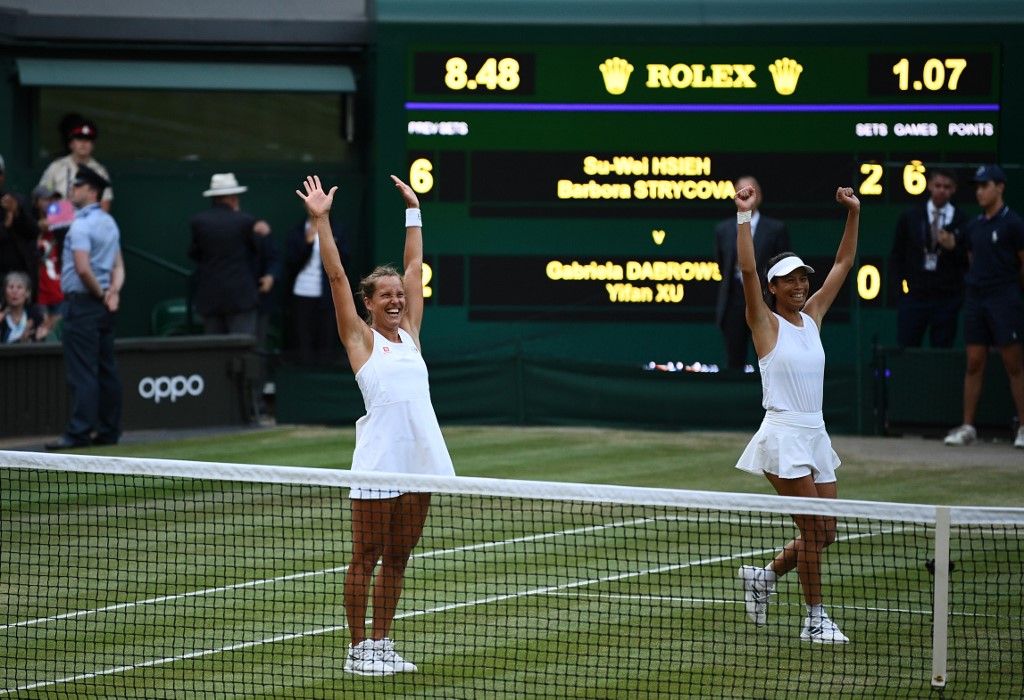 LONDON, United Kingdom – Wimbledon was hailed as “a class act” on Friday, July 10, after the tournament agreed to award £10 million (US $12.6 million)  in prize money to the 620 players who would have taken part in the tournament had it not been canceled.

“Amazing news — always a class act and leader of our sport. Well done @Wimbledon – can’t wait to be back next year,” tweeted former world No. 1 and four-time major singles winner Kim Clijsters.

Wimbledon, which should have staged its finals this weekend, was in April canceled for the first time since the Second World War due to the coronavirus crisis.

“We know these months of uncertainty have been very worrying for the players, many of whom have faced financial difficulty during this period and who would have quite rightly anticipated the opportunity to earn prize money at Wimbledon based on their world ranking,” said All England Club chief executive Richard Lewis.

“We are pleased that our insurance policy has allowed us to recognize the impact of the cancellation on the players and that we are now in a position to offer this payment as a reward for the hard work they have invested in building their ranking to a point where they would have gained direct entry into The Championships 2020.”

Organizers will also distribute money to officials and some international umpires.

“Just when you thought you couldn’t love @Wimbledon any more….,” tweeted Britain’s Marcus Willis, who famously reached the second round in 2016, where he lost to Roger Federer.

Willis was ranked 772 in the world at the time having played 6 rounds of qualifying.

Meanwhile, the men’s singles seedings will revert to the world rankings at next year’s Wimbledon, after almost two decades of being based on grass-court form.

The All England Club said they had taken the decision after consultations with various player groups.

Next year’s Wimbledon will run from June 28 to July 11.

“Given the quality of competition, entertainment and modern grass courts, following detailed discussion with the player groups, the AELTC has decided that the grass court seeding formula used since 2002 has served its time,” they said in a statement.

“From The Championships 2021, seeding for the Gentlemen’s singles draw will be based solely on ranking.

“There will be no change to the method of seeding for the Ladies’ singles draw.” – Rappler.com