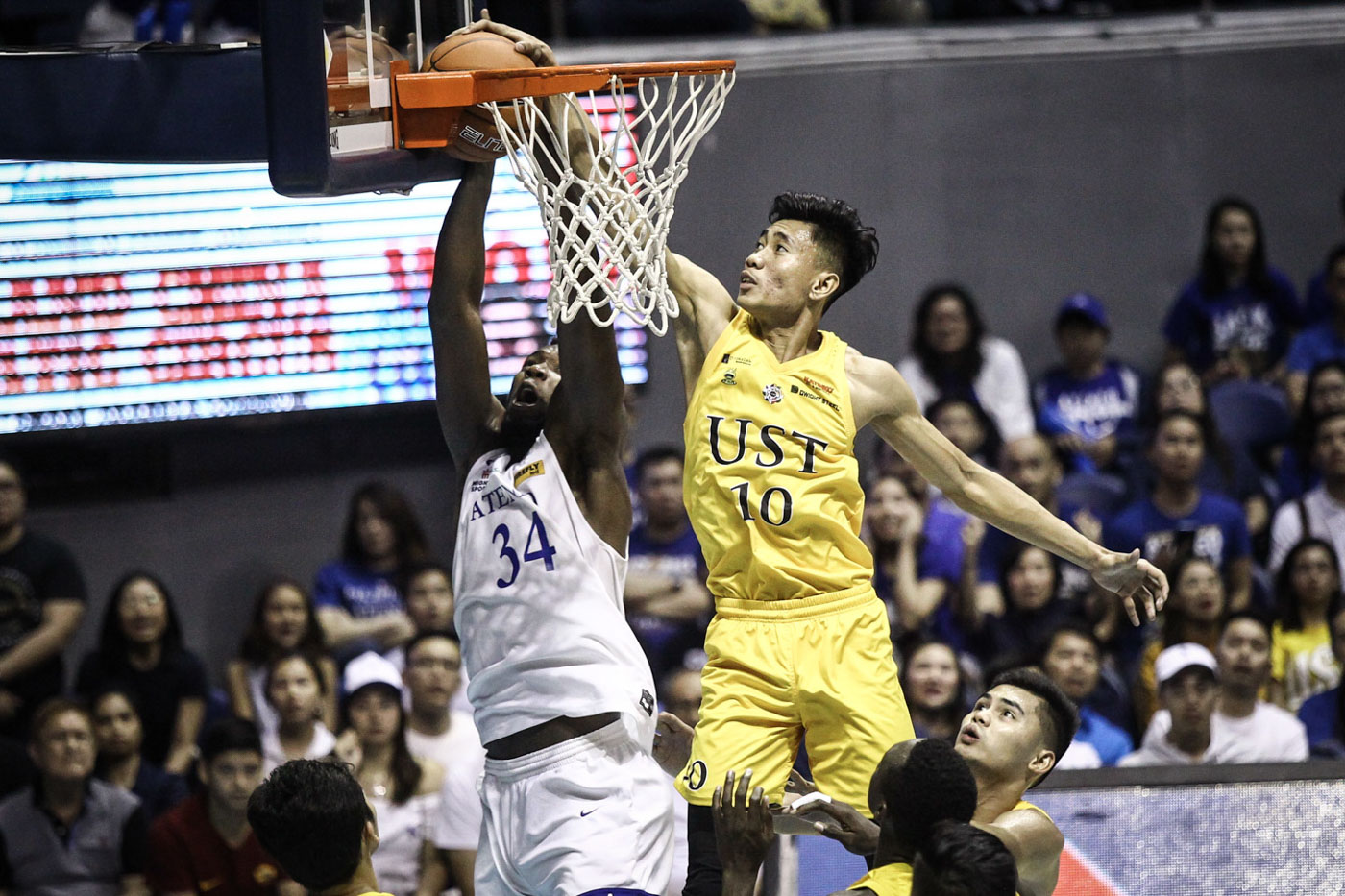 MANILA, Philippines – The UAAP will officially wrap up its aborted Season 82 on July 25 with a closing ceremony that will be aired by its embattled broadcast partner ABS-CBN.

As first reported by the Philippine Star, the closing ceremony will be streamed on online platforms of ABS-CBN, which had its franchise application rejected by the House Committee on Legislative Franchises.

The UAAP will award UST as general champions in both the seniors and juniors divisions of the season that was postponed and eventually canceled due to the coronavirus pandemic.

La Salle and Ateneo placed No. 2 and No. 3 in the seniors division, while La Salle Zobel and NU completed the podium in the juniors division.

On the other hand, the UAAP will not honor an Athlete of the Year as only 21 of the 31 collegiate sports and 16 of the 18 high school events were finished.

To recognize the efforts of athletes who were not able to showcase their wares, the UAAP will highlight canceled sports volleyball, football, baseball, softball, athletics, lawn tennis, and 3×3 basketball.

Ateneo will then turn over the hosting rites of the UAAP to Season 83 host La Salle. – Rappler.com