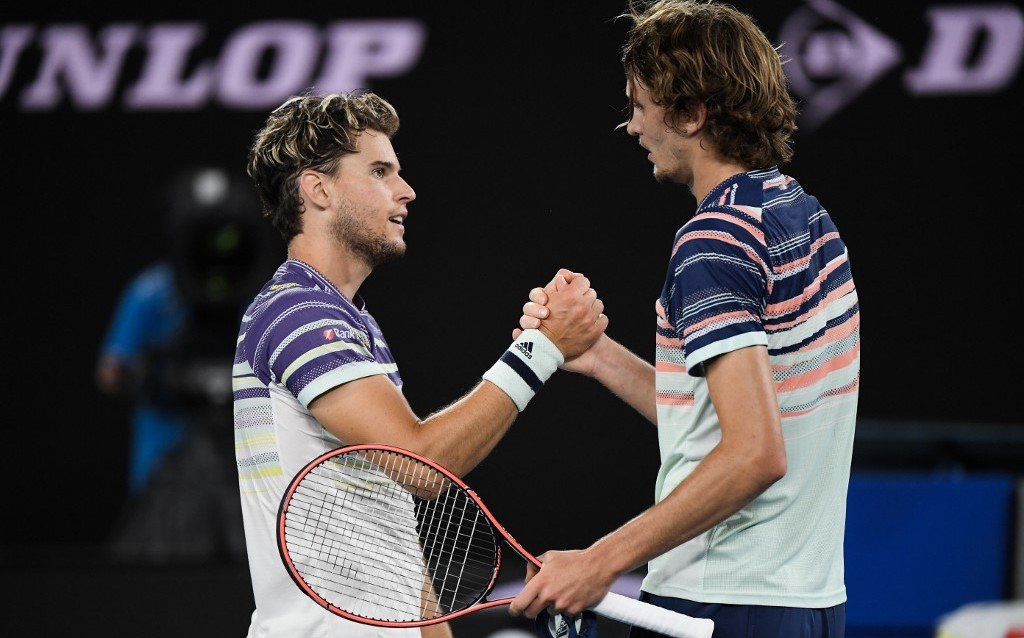 BERLIN, Germany – Organizers of a Berlin exhibition tennis tournament aimed a thinly-disguised jibe at Novak Djokovic and Alexander Zverev on Saturday, July 11, by declaring: “There’ll be no player parties here.”

Germany’s world No. 7 Zverev was due to be one of the headline acts in Berlin but pulled out last week.

He had played in Djokovic’s ill-fated Adria Tour event in the Balkans which saw the world No. 1, as well as fellow players Grigor Dimitrov, Borna Coric and Viktor Troicki all test positive for coronavirus.

Players hugged and danced shirtless at a nightclub while thousands of fans attended the matches.

Zverev tested negative but pledged to self-isolate as a precaution.

However, just days later he was filmed at a packed party.

“There are no player parties here,” said Edwin Weindorfer, the organizer of the ‘Bett1Aces’ tournament in Berlin.

He suggested that Zverev had “not only made one mistake, but two” in reference to his compatriot’s behavior in recent weeks.

Fiery Australian Nick Kyrgios, who had blasted the German player as “selfish” for his partying, also withdrew from the Berlin event amid travel concerns from Australia where the pandemic has worsened with Melbourne back in lockdown.

World No. 3 Dominic Thiem is, however, expected to play in the tournament which also sees two-time Wimbledon champion Petra Kvitova and Elina Svitolina star in a women’s competition.

Wary of the fallout from the Adria Tour and its lack of social distancing, Weindorfer said a 59-page health dossier had been handed to the Berlin authorities before the green light was given.

“We have a certain responsibility and a certain pioneering role,” he told a news conference on Saturday, adding that representatives from the ATP and WTA tours will be in the German capital to see how health protocols are handled.

“These are turbulent times.”

Spectators at the two venues – the Steffi Graf stadium and Tempelhof airport – must wear face masks.

Professional tennis has been on ice since mid-March and will only return in early August. – Rappler.com