Your guide to the Volcanoes’ Rugby World Cup 7s campaign

MANILA, Philippines — Less than two weeks from now, the Philippine Volcanoes will rewrite history once more: we are playing our first-ever Rugby 7s match at the World Cup.

As the rugby heavyweights descend on Moscow, all eyes will be on the Volcanoes — the only team making its debut in the World Cup. In fact, even for the most inexperienced teams like Tunisia, Uruguay and Russia, this will already be their 3rd World Cup appearance.

The groupings for the tournament will be as follows (listed from the highest to the lowest seeds within each group):

Surprisingly Wales are the current Rugby 7s World Cup champions. The 2009 tournament produced a number of upsets with Argentina, Kenya and Samoa the other semifinalists.

Perhaps ‘upsets’ is the wrong word to use. The nature of the 7s game makes it difficult to predict a clear favorite for any game, let alone the entire tournament.

Take New Zealand for example. They have won 11 World Series out of a possible 14. Winners of a World Series are those with the highest cumulative total over several tournaments in one year. The Kiwis are the undisputed champions of consistency. Yet they have only won the Rugby 7s World Cup once back in 2001.

Fiji, on the other hand, has only been World Series winners once but has two World Cups in its possession. In Rugby 7s, every new match is literally anyone’s game.

A Rugby 7s game consists of 7 players from each team covering a 100m field played over two 7-minute halves. This game is built for the speedsters and every team has an abundance of them. The pace is electric and play bounces from end to end. The result is often a lottery.

This bodes well for the Volcanoes. No one is expecting them to do anything. After only finishing 6th in last year’s Asian Series, the Volcanoes shocked the rugby world by beating China and Korea in the qualifiers to sneak into the World Cup.

Head Coach, Al Caravelli, was the man responsible for the sharp turn in fortunes. He has had the extended squad training feverishly for the last few weeks in Laguna. Away from the Manila spotlight, the Volcanoes are in camp getting ready to shock the rugby world yet again.

The final squad of 12 players will be announced next week. Coach Caravelli has incredible talent to work with. Wolff, Morris, Stern, Bweheni and Ryan Clarke were standouts in the 2012 Series. Holgate, Matt Saunders, Joe Matthews, Patrice Olivier added more firepower for the qualifiers.

Add to this the players not used last year such as Jake and Michael Letts, Coveney, Price and Hitch along with newcomers to the program in Lynch and Adam Clarke. Whatever squad Caravelli selects, it will undoubtedly be the best Volcanoes team every assembled. 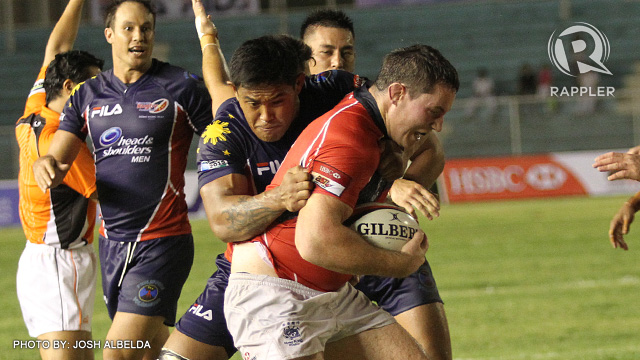 Together with the Volcanoes in Pool C are Samoa, Kenya and Zimbabwe. They will play each team from their pool and will need to win at least 2 games to progress to the next round. The 6 group winners plus the 2 best-placed runners’ up will progress to the quarterfinals. Here’s a quick look at the team in the Volcanoes’ pool:

The Volcanoes playing at full potential could feasibly notch up the two wins required. Samoa is a class outfit having always performed well at the World Cup and World Series. The Volcanoes should look to target the other 2 teams. The Kenyans have been the biggest improvers in Rugby 7s but can lack consistency. The Zimbabwe team only narrowly defeated the Volcanoes last year.

Looking at the overall champion, it is hard to go past New Zealand. However, the inconsistent Australian team always save their best performances for the big stage and will also pose a threat. England has been in poor form all year and look to be out of the running. Fiji will again produce the most entertaining rugby and will rightly be one of the favorites.

But we know that, on gameday, reputations count for nothing. The Volcanoes will fear no one. This will be their one and only appearance at a Rugby 7s World Cup as the tournament will be discontinued for the Olympics.

The Volcanoes thrive in adverse conditions. Watch what they can do with just one shot! – Rappler.com