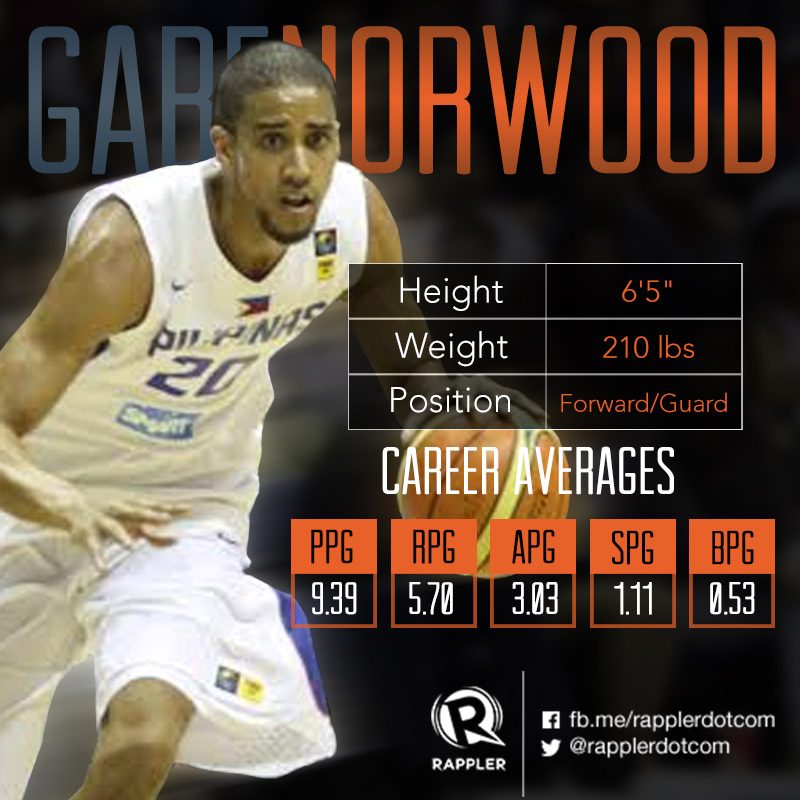 Able to play multiple positions, Gabe Norwood is the most versatile player of Gilas Pilipinas.

At 6-foot-5, he is big and fast enough to compete with wingmen of opposing teams. Norwood also possesses the ability to make plays and run Gilas’ offense for certain stretches while also having the energy, hustle and athleticism to help the team.

Born in Fayetteville, North Carolina, Norwood played college ball at the NCAA Division I school George Mason University before being selected first overall by the Rain or Shine Elasto Painters in the 2008 Philippine Basketball Association Draft.

Norwood would win the Rookie of the Year award for 2008-09, followed by Defensive Player of the Year and All-Star game MVP honors the next year.