Aug 10, 2013 1:44 PM PHT
Rappler.com
Facebook Twitter Copy URL
Copied
Rappler looks back at an era when the Philippines lorded it over Asian basketball. 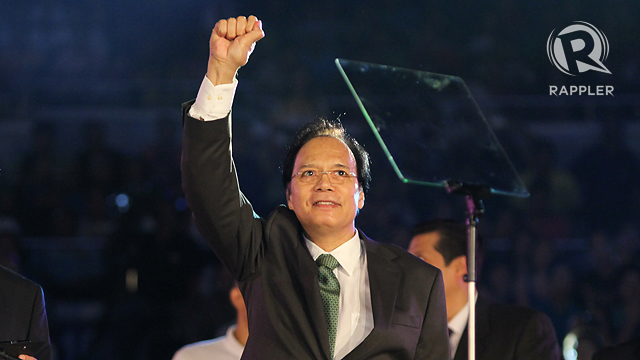 MANILA, Philippines — Before the Philippine Basketball Association (PBA) was the center of the Filipino’s cage universe, there were two Asian competitions which hogged the headlines. The first was the Asian Games, held every 4 years, and the Asian Basketball Confederation (ABC), held every 2 years.

The Philippines was the best basketball nation in Asia, and a 7th placer in the 1956 Olympics. The country’s dominance was keyed by the imposing Carlos Loyzaga, who was matchless at both ends of the court.

To give Asians more basketball competition, the Philippines led the organization of the Asian Basketball Confederation championship, better known as the ABC, in 1958 in Tokyo, while the Asian Games was going on.

The first ABC was held in 1960 in Manila, where the Philippines clashed with Asian rival Formosa, which was the old name of Chinese Taipei. Formosa handed the Philippines a rare defeat in the run-up to the finals in 1958 Asian Games, but the Philippines outplayed and entered the finals against Japan due to a better tiebreak.

In Manila, the Philippines and Taiwan met once. The late Carlos Badion, a rugged player with a shooting touch and good passing ability, won the Most Valuable Player award as the Philippines routed Formosa 99-78 on the way to sweeping the title. It turned out to be Badion’s swan song as he hurt his knee in the 1960 Olympics and retired.

Loyzaga suited up for the last time in 1963 when he led the Philippines to its second ABC title but not after taking a 62-59 loss against South Korea, where one of the players was Shin Dong Pa. The Philippines beat Formosa, 70-65, and took the title by a better tiebreak.

In an era where Filipinos were tuned into radio for sports coverage, cage fever was high. The games were mostly in the evenings. And newspapers would splash the result and the photo on the front page. In a way, the Philippines was the center of Asian sports with Flash Elorde in boxing, Felicisimo Ampon in tennis, and Roger Onofre and Mona Sulaiman in athletics.

After Loyzaga retired, the Philippines’ cage dominance ended. One year after the Philippines was eliminated from the tournament proper of the 1964 Olympics, the country lost the ABC title the following year in Kuala Lumpur. Japan beat an overconfident Philippine side, 71-65 in the final stage. Japan tied the Philippines with an 8-1 win-loss record but Japan won the title.

A setback in the 1966 Asian Games forced basketball officials to use Loyzaga, this time as a coach, for the 1967 ABC in Seoul. Loyzaga, who had a reputation as a very strict coach, assembled what the papers called “The Dirty Dozen.” He endured a very tense moment in the finals against South Korea. Loyzaga shackled Shin by using a platoon of rugged guards, who fouled out.

Danny Florencio, the acrobatic deadshot from UST, was not used until the last few minutes of the game and he delivered the clinching free throws to hand the Philippines a 83-80 triumph against South Korea.

In 1969, the Philippines lost the title by falling to South Korea in the finals in Bangkok. The Filipinos, coached by Lauro Mumar, were derailed by Japan’s Dynamic Duo of the sweet-shooting Masatomo Taniguchi and spitfire Shigeaki Abe, 78-77. But the real villain, to many Filipino cage fans listening to the late Joe Cantada of dzHP radio, was the Canadian referee Gordon Allan Rae.

Japan won the 1971 ABC in Tokyo and rubbed more salt into Filipino cage lovers’ wound by routing the Philippines 93-69 on the way to the finals. It was a second place finish for the Philippines but enough to jolt officials into action.

For the 1973 ABC in the steamy Rizal Memorial Coliseum, a youthful team was assembled and the coach was Tito Eduque, who was calling the shots in 1964 and 1965. This time, Eduque shuffled the players excellently, especially on defense. It was he who told David Regullano to put his foot in between Taniguchi’s legs to prevent him to setting up for a shot. Rogelio Melencio led a platoon of guards to harass Shin. The Philippines won, 90-78.

It was to be the last ABC title for the Philippines as team owners in the defunct Manila Industrial Commercial Athletic Association left amateur basketball to form the PBA in 1975.

In 1982, the Philippines embarked on a new basketball program under a government-tapped godfather, Eduardo Cojuangco Jr. The country won the 1982 Asian Youth Basketball title in Manila. Later recruitment of Filipino Americans and players who could be naturalized started.

After various tries, the Philippines settled on the trio of Chip Engelland, Jeff Moore and Dennis Still to backstop the local crew led by Hector Calma. This quintet won the 1985 ABC, sweeping the tournament.

And as China was readmitted into world sports and ruled Asian basketball, Philippine cage fans were content to make the PBA the center of their basketball world. Although the FIBA allowed entry of professionals, the best performance the Philippines had was a 2nd place in the 1990 Asian Games.