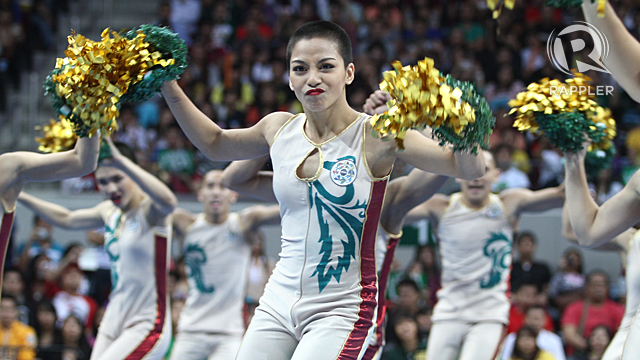 As the 2013 UAAP Cheerdance Competition nears, pressure is also rising for 3-time defending champions University of the Philippines, especially now with all teams raring to topple the “Pep Squad ng Bayan” from the perch.

But the Diliman crew won’t let that immense pressure get into themselves as they gun for a 4th straight title—a trick last done by the UST Salinggawi Dance Troupe when they won 5 straight crowns from 2001-2006.

Co-captain Bien Insigne, who will be in his final year with the group, told Rappler the UP Pep Squad is gearing up for the last stages of training and they are making sure this time that it would be no less than a perfect routine.

“There were criticisms or issues last year because one of our members fell in the final stunt,” said the graduating Sports Science student. “We’re preventing that to happen again.”

The Cheerdance Competition on September 15 will be Insigne’s 5th appearance with the UP Pep Squad and he says this year’s title defense would be a more daunting task compared to the previous years, since competition has grown a lot tougher now.

“Sobrang pinaghahandaan na namin. Mahirap mag-champion­ kung may mali sa routine,” he added. “NU won the NCC too and they want to take away the crown from us kaya dapat paghirapan.”

Aside from the intense battlefield, the UP Pep Squad also temporarily lost the services of head coach Lalaine Perena and assistant NJ Antonio, who have been promoting Filipino dance culture in European countries the past month. 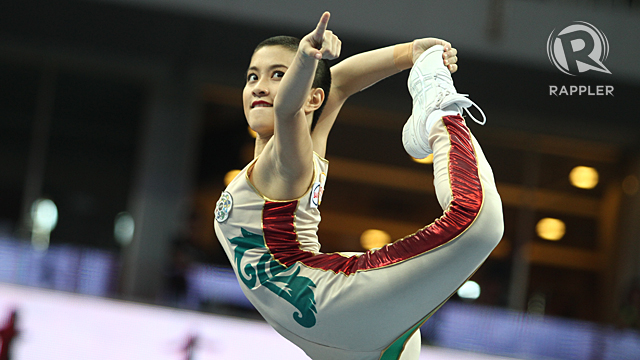 Despite these difficulties, Insigne believes it won’t hinder the school’s goal of winning a 4th consecutive crown.

On every occasion, the UP Pep Squad has sprung surprises in their routines — a key reason why they have bagged 3 straight crowns and 8 titles overall.

Among their memorable showings were the Hala Bira routine in 2010, the Madonna-inspired performance in 2011, and more recently, the stunning freedom-themed dance in 2012 with all of their members shaving their heads.

For this year, Insigne confidently said they won’t run out of tricks. As much as he wanted to keep their presentation a mystery, he disclosed a hint on how UP can win its 9th overall cheerdance plum:

“The whole crowd will dance with us, especially the UP faithful.” – Rappler.com