Bartolome to swim for UP as court grants TRO 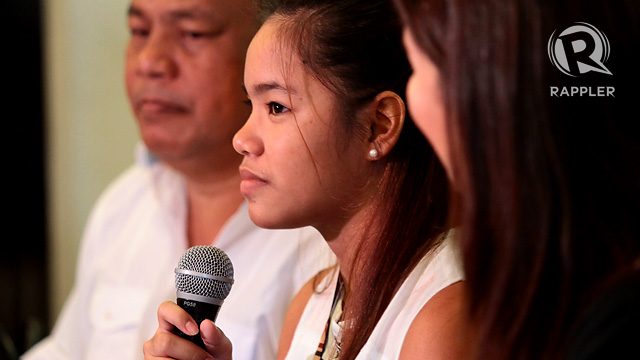 MANILA, Philippines — All Mikee Bartolome wanted was to swim for the University of the Philippines.

For now, she gets her wish.

The Quezon City Regional Trial Court Branch 226 has issued a Temporary Restraining Order (TRO) stopping the implementation of the two-year residency rule and allowing Bartolome to suit up for the UP tankers in the UAAP swimming competitions.

In a 4-page order issued on Tuesday, September 3, Judge Manuel Sta. Cruz, Jr. order the UAAP to “cease and desist from imposing the two-year residency rule” and “allow the plaintiff to be eligible in the UP swimming line-up.”

With the decision good for 20 days, Bartolome will now be able to represent the Maroons in the UAAP swimming competitions slated September 19 to 22 at the Trace Aquatics Center in Laguna.

Sta. Cruz cited the urgency of handing the TRO, noting that inclusion in the roster is only up to Wednesday, September 4, and that Bartolome won’t be eligible to join because of the two-year residency rule.

“In order not to render the issues in the case moot and academic, the court grants the temporary restraining order as prayed for, for a period of 20 days from receipt of this order,” the document read.

“Wherefore, all persons acting for and in behalf of defendant UAAP are hereby ordered to cease and desist from imposing the two-year residency rule and allow the plaintiff Anna Dominique A. Bartolome “Mikee” to be eligible in the UP swimming line-up so that she can participate in the UAAP swimming competition senior division this coming Sept. 19, 2013.”

Bartolome, represented by her father Vic, sought a TRO from the court last Wednesday, August 28, citing that the UAAP’s new residency rule and University of Santo Tomas’ refusal to release her violated her rights.

In its memorandum sent to the court, the UAAP countered that “playing in the league is not a right, but a mere privilege” and that the new residency rule doesn’t violate the Constitution and doesn’t prohibit, restrict or curtail freedom of choice.

Meanwhile, Senator Pia Cayetano, who is supporting Bartolome’s quest, tweeted her elation at the development.

The court has scheduled a hearing on September 11 to take on Bartolome’s request for the issuance of a preliminary injunction against the new UAAP rule. – Rappler.com