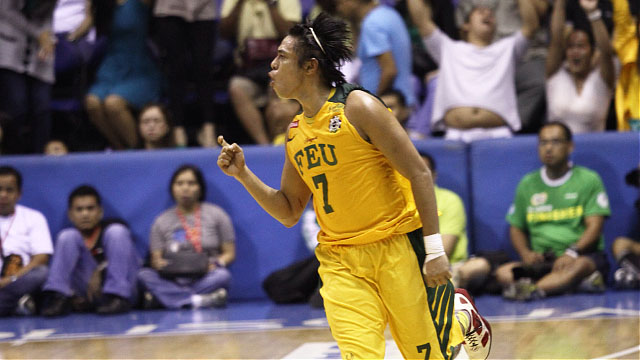 MANILA, Philippines — Far Eastern University aims to formalize its Final Four entry today as the Tamaraws take on ousted Adamson University this Saturday, September 7 at the Mall of Asia Arena.

Why FEU will win: The Tamaraws lost a nail-biter against UST mainly because of bad breaks in the end game and those are the things they want to avoid today. One thing they can pick up from that defeat is Mac Belo’s 15-point, 14-rebound output. He’ll man the middle for FEU, who’ll be losing Anthony Hargrove to suspension. Mike Tolomia and RR Garcia should shoot better today while Terrence Romeo must make the RIGHT decisions for the Tamaraws to sustain their composure until the final buzzer.

Why Adamson will win: Down to their last two games for the season, the Soaring Falcons will definitely draw strength from coach Leo Austria’s sudden decision to leave. Among them are veterans Rodney Brondial, Jericho Cruz, and Roider Cabrera who’ve carried Adamson this season. Having been trained under their experienced mentor from the dawn of their careers, these guys, along with the rest of the Falcons will dedicate the remainder of their season to their beloved head coach.

The teams’ two barometers slug it out at the backcourt in today’s cage fest. The bigger Cruz is slightly shooting better while Romeo has been effective inside and out. However, Romeo and Cruz are ranked 1 and 2 in turnovers this season. They must take care of the leather since both are expected to perform well, especially if and when this game goes down the wire.

Garcia shot an awful 3-of-16 from the field against the Tigers, including 1-of-11 from beyond the arc. In his final year with the Tamaraws, it’s not too late for the the Gilas cadet pool member to rise to the challenge and try to carry the Morayta 5 to greater heights.

There will be no one on that FEU side equipped to stop the Falcons’ hulking center. Without anyone really there to match up with Sewa, the Cameroonian behemoth must capitalize and take care of the shaded lane, aside from crashing the boards and protecting the rim.

What this game means: The Tamaraws want to get back on track and this will be a good chance to regain composure heading into the final weeks of elimination. A win will push them just half a game ahead of La Salle for solo second. However, the Soaring Falcons are out there to derail their quest of making it to the Final Four. – Rappler.com