Stars about to shine: Rockets, Pacers battle in NBA game in PH 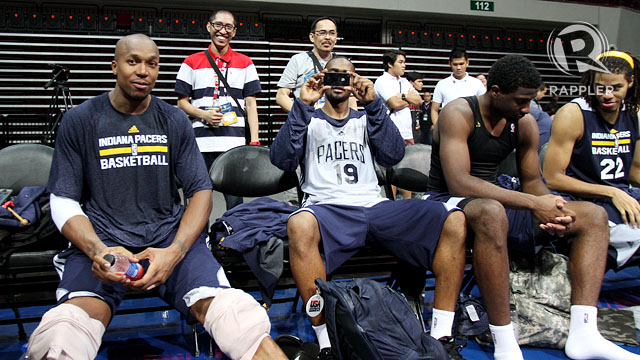 MANILA, Philippines — Prepare for a night full of bright stars.

East meets West right here in the Philippines as the Indiana Pacers and Houston Rockets square off in the NBA Global Games 2013 in the country on Thursday night, October 10 at the Mall of Asia Arena.

The Pacers and Rockets — both considered playoff contenders in the coming seasons — arrived in Manila on October 7 via separate flights then went on to conduct a series of NBA Cares activities to inspire children who aspire of achieving greater heights.

With just a day before their much-anticipated duel, the players themselves are already feeling the fever here at home.

Pacer power: The rise of Indiana

Before the 2012-13 campaign even began, nobody gave the Pacers the Eastern Conference spotlight. And prospects even dimmed for the Indiana crew after they lost main star Danny Granger to injury for all but 5 games of the entire season.

However, Granger’s absence paved the way for Paul George’s eventual stardom. The athletic wingman quickly became the face of the Pacers and was named to the All-Star Game after norming a team-high 17.4 points per game while also adding 7.6 rebounds and 4.2 assists per outing.

In the playoffs, Central Division champs Indiana overpowered Atlanta, 4-2 in the first round. They surprised the higher-seeded New York Knicks in the conference semi-finals, 4-2, and pushed the Miami Heat to its limit before dropping the East Finals in the full length of 7 games. 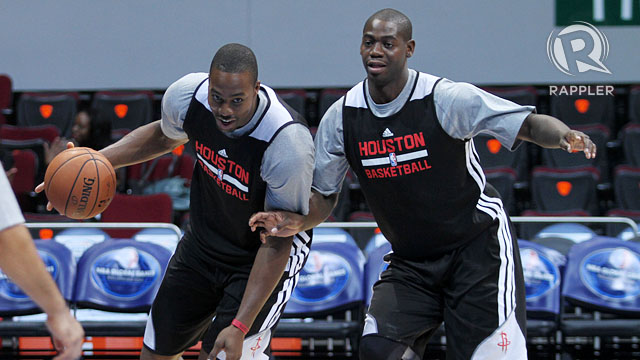 After a somewhat disappointing season with the Los Angeles Lakers, Dwight Howard made a decision to join the Houston Rockets, quickly transforming the Rockets into a more dangerous squad.

His move caught some by surprise, but it was definitely given a thumbs up by Filipinos when they realized that Houston’s the other team competing in the Global Games. Howard in Manila? Deal.

READ: The LA Dwightmare ends, and the Texas one begins

Still considered as the best center in the NBA right now, Howard will surely add excitement to the preseason match with his powerful slams and a heavyweight match-up with Indiana’s much improved big man, Roy Hibbert.

For Indiana, all eyes will be on George as he tries to carry his team to greater heights. He’s also out there to prove that he’s worthy of the superstar label he’s been given and the new contract he just signed with the Eastern Conference squad. 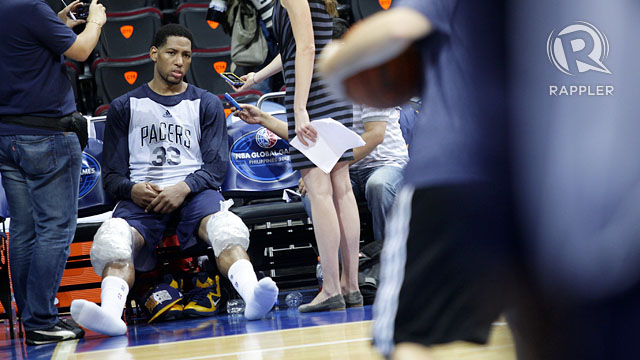 But don’t you forget Granger, who said in an interview he is ready and raring to return and team up with George and big men Hibbert and David West.

Meanwhile, for Houston, Jeremy Lin has been the star so far, getting mobbed by members of the press and photographers in his maiden visit to the country. After taking the NBA by storm when he starred for the depleted New York Knicks, Linsanity has made a huge name and now he’s taking his wares to Manila.

James Harden is already in his 3rd visit after headlining the NBA 3×3 Tour along with Eric Gordon two months ago, and a stint in the Smart Ultimate All Star Weekend last 2011 where he joined fellow NBA superstars Kobe Bryant, Derrick Rose, Kevin Durant, and Chris Paul.

Chandler Parsons has been a stellar performer for the Texas-based crew, and his good looks will be a bonus treat for girls who’ll watch the game live.

Aside from the players themselves, a lot of NBA legends are also in town, starring behind their respective ball clubs.

Kevin McHale and Larry Bird, two of the Boston Celtics’ brightest stars back in the 80s, are also in Manila, this time supporting their squads. McHale calls the shots for the Rockets while Bird is the current president of the Pacers.

Former Chicago Bull and Michael Jordan teammate Ron Harper also stopped by SM Megamall for an NBA Cares event and was quickly embraced by the support fans gave at the event. – Rappler.com