Chess: All the right moves

Apr 30, 2012 11:53 AM PHT
Julienne Joven
Facebook Twitter Copy URL
Copied
Learn more about the the sport of the kings, an event in Palarong Pambansa

MANILA, Philippines – They say chess is the sport of kings.

And kings have been produced indeed. The Philippine chess arena has, after all, had its share of highlights, making a mark not only in the local scene, but in the international one as well.

Torre and the chess craze

Chess is a fairly easy game to learn; however, it is the intricacies of the endless strategic possibilities that make it such a challenging game to play.

Involving a checkerboard with 64 squares, chess requires its players to manipulate 16 chess pieces to win the game: king, queen, 2 bishops, 2 knights, 2 rooks, and 8 pawns. Each piece can only move and eat across the board in a certain way. The goal is to protect your king from being eaten by your opponent’s pieces, in an end move called “checkmate”.

Because of the high strategy and logic involved, chess is one the most popular games in the world.

It is a default app for many operating systems, many variants of the chess board are being sold on the market, and people of all ages play it. Kids now even emerge as chess champions. 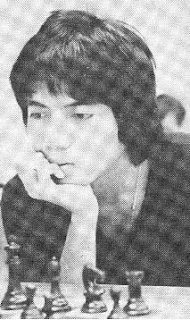 In the country, perhaps the Philippines’ greatest newsmaker in chess would be Grandmaster (GM) Eugene Torre. During the time of ex-President Ferdinand Marcos, Torre made headlines as he became Asia’s first International Master, and consequently, the continent’s first Grandmaster.

Because of his popularity, a chess craze swept the Philippines in the 1980s, with people taking the game to the streets for a simple game against neighbors. Up until today, many Filipinos still play the game, and parents take time to teach their children the basics of this pastime.

The country has also been the host of numerous international chess competitions, including the 2005 Chess Southeast Asian (SEA) Games which were held in Tagaytay.

One could say that a huge portion of the Philippines’ milestones in chess could be attributed to one man: Florencio Campomanes, the country’s “Grand Old Man” of chess.

In 1956, he was one of the pioneers who built the chess foundation here, beginning with the Philippine Chess Federation and with the FIDE affiliation. He was also the first chess columnist of the country.

He invited international chess stars to the country, including Anatoly Karpov and Bobby Fischer. Also, he brought the World Championships to Baguio in 1978, featuring a match between Karpov and Viktor Korchnoi.

But perhaps the most memorable achievement of Campomanes was becoming the only Filipino president of FIDE. He held the position for 13 years because the chess community that loved him so well would convince him to re-run so they could vote for him. 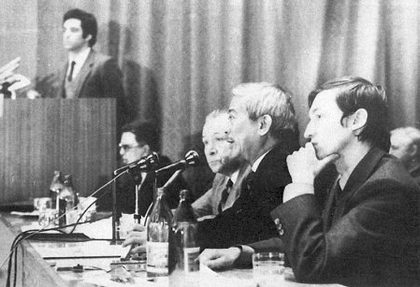 His greatest legacy perhaps would be expanding the international organization’s reach to include 150 national federations. He also has a competition named after him, the Florencio Campomanes Memorial Cup. On May 3, 2010, however, Campomanes passed away at the age of 83 because of cancer.

The most-talked about Philippine GM today would have to be 18-year old Wesley So, a native of Bacoor, Cavite. This chess prodigy earned his GM status at the age of 14 years, 1 month, and 28 days.

He is currently the highest ranking player of the Philippines, with an ELO rating of 2653, and he ranks no. 4 on the Top 20 Juniors of the world. So is one of the nation’s 16 GMs, with Eugene Torre as the first and Richard Bitoon as the latest GM. The country has yet to produce a female GM. Among the 16, there are only 3 super GMs: So, Mark Paragua, and Oliver Barbosa.

Philippines and the rise of chess in Asian

There has recently been a good showing of Asian chess players, especially from the Philippines, India, China, Israel, and Vietnam. The current chess World Champion is Viswanathan Anand from India, the country which is also the birthplace of chess.

Many more chess athletes are slowly rising into national and international prominence, with the Philippines producing several FIDE masters, International Masters, and Grandmasters.

And chess is not going to leave anytime soon. From a game played by ancient kings, it has certainly transformed into a game that produces many more. – Rappler.com