Palace says it has ‘limited resources’ to fund sports

Feb 17, 2014 7:02 PM PHT
Levi Verora
Facebook Twitter Copy URL
Copied
The Philippine government claims that it has a limited budget for sports and is asking the private sector to shoulder the expenses to assist in funding athletes. 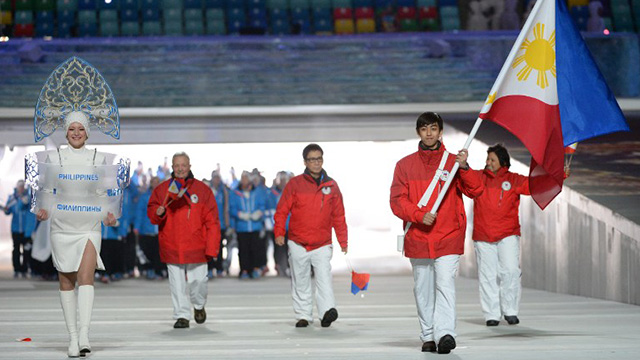 MANILA, Philippines – The Philippine government claims that it has a limited budget for sports and is asking the private sector to shoulder the expenses to assist in funding athletes.

Communications secretary Herminio “Sonny” Coloma said that, with the limited funding the government has, they shall prioritize supporting sports where they believe the country has a competitive edge.

Coloma also stated the government is giving its other projects more priority, such as alleviating poverty and giving care to the less fortunate.

(Our problem right now is the government has limited resources for sports. We also know that it is our government’s priority is to alleviate poverty, give care to the less fortunate and other sectors who are in need of help.)

To make sure the government utilizes the limited allocation that they have for sports, President Benigno ‘Noynoy’ Aquino suggests the country should give a huge chunk of the fund to sports where the country has an advantage.

Coloma mentioned boxing as one of them, emphasizing the track record of the Philippines when it comes to the sport which produced Olympic medalists like Mansueto ‘Onyok’ Velasco (1996 Atlanta Olympics) and his brother Roel Velasco (1992 Barcelona Olympics).

This comes after Coloma said the Palace was unsure whether to give lone Filipino Winter Olympian Michael Christian Martinez a bonus for placing 19th in the men’s figure-skating competition in Sochi, Russia.

So what about our countrymen who would like to compete in other sports but are short-handed or lacking in budget?

The Palace suggests drawing support from the private sector for these sports, citing people could help fund athletes if they will join hands.

(In other sports, we can ask the private sector to continue supporting these fields. The solution is joint effort. If the entire nation gives support then we can help fund great athletes, like Michael Martinez among others.)

As a possible solution, Coloma stated public-private partnership could give the sports sector a lift.

(What we can do is a public-private partnership, since private organizations have always given ample support.)

Business tycoon Manny V. Pangilinan is among those in the private who have given help to many national teams. He is known for his support for Gilas Pilipinas, the men’s national basketball squad, and funding amateur boxers in international contests. MVP’s TV network TV5 was also responsible for airing the Sochi 2014 Winter Olympics.

He recently announced via Twitter that he would be giving Michael Martinez a $10,000 bonus.

Coloma added that, in the past, companies would volunteer to sponsor athletes and sports programs, which is another idea the government is eyeing to help get additional support for the nation’s sports programs.

(Those who promote health and energy products, their endorsers are successful athletes. In the past, companies volunteer to sponsor sports programs and outstanding athletes.)