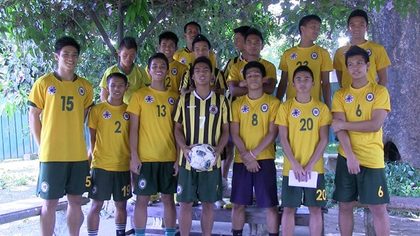 LINGAYEN, Pangasinan – Showing a more polished game, National Capital Region continued to steamroll through competition, this time ripping Bicol Region, 7-0, to land a spot in the finals of the 2012 Palarong Pambansa secondary football championship at the Narciso Ramos Sports and Civic Center here.

Region VII leaned on the heroics of Jun Jay Arizabal, who drilled in all goals in their 2-0 win over hard-fighting CALABARZON earlier today.

For NCR, it was Alex Rayos, Jr. who shone bright, banking in three of the team’s seven goals — two of them in the first half — as the Baby Tamaraws hiked their goal total to 35 while conceding only one.