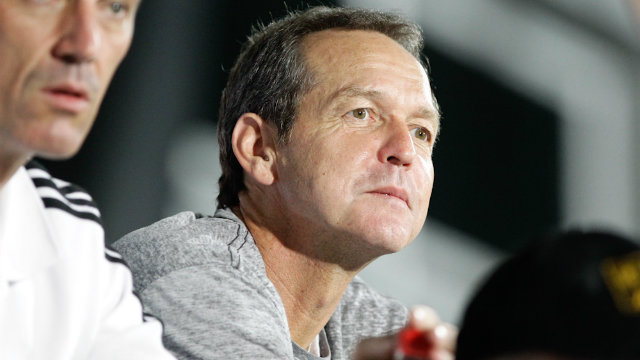 MANILA, Philippines – Inspired by the prospect of facing some of the best squads in the tournament next year, the Philippine National Men’s Football Team upped their preparations for the 2014 Asian Football Confederation Challenge Cup with another friendly with Malaysia on April 27 in Cebu City.

The winners of the eight-nation tournament will gain a ticket to the AFC Asian Cup next year and will join Asian heavyweights Japan, Jordan and Iraq in Group D.

Still looking for his first win with the Azkals, coach Thomas Dooley will also test his squad’s mettle against Nepal on April 11 and Qatari club Al Ahli Sports Club on April 14 before taking on their Southeast Asian neighbors Malaysia which they drew on their home turf earlier this month.

The Philippines and Malaysia have ended their last three matches in a deadlock with the Azkals winning only once in the past decades. In their last outing, Malaysia played better and seen a goal get disallowed but the Philippines scraped through by holding the Malaysians scoreless until the final whistle.

The Azkals then dropped a close-game against UEFA member Azerbaijan in another friendly less than a week later but team manager Dan Palami is happy with the improvement of the national side under Dooley’s mentorship.

Recognizing that the Challenge Cup is already a formidable tournament for the Azkals, the Philippine Football Federation is doing its best to prepare the squad by setting up a Bahrain Middle East Camp scheduled in May and training sessions here in the Philippines heading into the all-important contest.

The squad has also been looking beyond the tournament by giving youngsters their first international caps while also calling on new faces from abroad.

As part of its bid to overhaul the squad from the players up to the coaches, the PFF has released an instruction to have only AFC “A” licensed coaches in the national team’s fold, ending the stints of long-time Azkals assistant coaches Edwin Cabalida, Rolando Piniero and Edzel Bracamonte.

The Philippines landed in Group B of the Challenge Cup and will face Afghanistan on May 20, Laos on May 22, and Turkmenistan on May 24. – Rappler.com