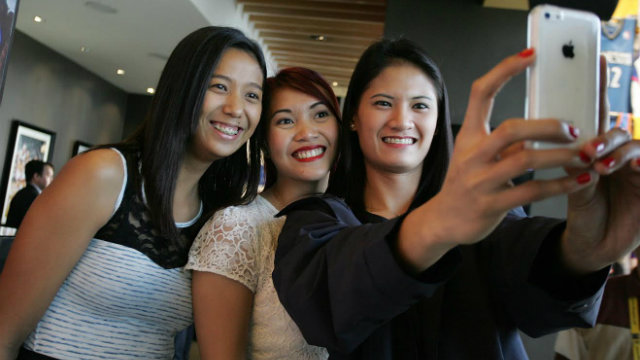 MANILA, Philippines – Former National University star Dindin Santiago has earned a place in Philippine volleyball history after becoming the first ever pick in the inaugural Super Liga draft class, being selected by the Petron Blaze Spikers on Wednesday, April 2 at SM Aura in Taguig City.

After failing to tow the Lady Bulldogs to a UAAP title, the lanky blocker will join Gretchen Ho, Jen Reyes, Maica Moranda and the rest of the Blaze Spikers as the 2014 PSL All-Filipino Conference kicks off next month.

Christine Agno wraps up the first round as Generika-Philippine Army chooses her as the seventh overall pick.

NU’s Carmina Aganon is the first pick in the second round with Wensch Tiu and Jill Gustillo joining Air Asia and RC Cola as second and third picks, respectively. 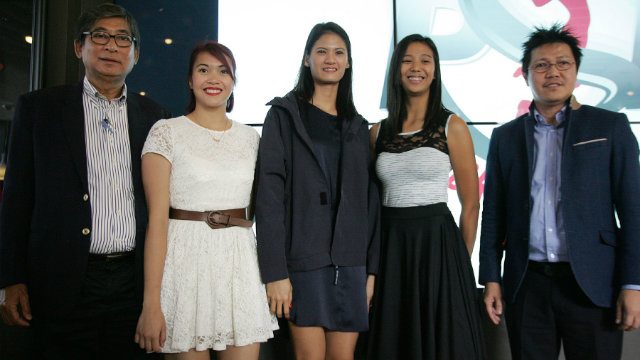 Only three teams decided to get players in the third round with Adamson University’s Mayette Zapanta going to Petron, May Macatuno to Air Asia, and Toni Faye Tan getting selected by RC Cola.

Arianna Angustia and Southlyn Ramos complete the cast as they were selected by Air Asia and RC Cola, respectively, in the fourth and final round.

The All-Filipino Conference kicks off on May 10 at the PhilSports Arena in Pasig City. – Rappler.com