MMA: Folayang faces Boku in Manila on May 2

Apr 2, 2014 9:31 PM PHT
Carlos Cinco
Facebook Twitter Copy URL
Copied
Filipino MMA fighter Eduard Folayang will take his next step towards winning a title in his second promotion when he faces Kotetsu Boku at ONE FC Rise of Heroes 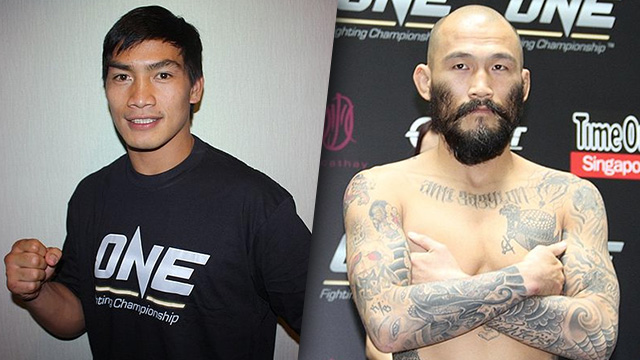 SINGAPORE – Eduard “Landslide” Folayang will add more local flavor to One Fighting Championship’s Rise of Heroes card when he faces power-punching Japanese-Korean, Kotetsu “No Face” Boku (21-9) in a lightweight matchup at the Mall of Asia Arena on May 2.

Folayang, a former URCC champion, is a stocky lightweight with a solid Wushu base and inherent strength going for him.

A 13-year mixed martial arts veteran coming off a victory over Vincent Latoel last December, Folayang (13-4) recently made efforts to improve his lacking ground skills by training in California, shuffling back and forth between top gyms on the United States’ west coast to brush up on Wrestling and Brazilian Jiu-Jitsu – aspects of his game that when upgraded, would turn Folayang into a complete fighter.

Folayang’s improved grappling was on display against the limited Latoel, as well as his usual punishing stand-up game. His superior size and strength mixed with the speed of his Wushu and improved ground skills makes him a formidable warrior.

Folayang will need all the monstrosity he can muster however, as he takes on the fully capable Kotetsu Boku.

Boku, at first sight, doesn’t look like he can pack a wallop, but squeezed inside his lean 5-foot-9, 154 pound frame is a beast of a fighter with diverse striking skills and an enormous fighting heart.

When Boku fought Zorobabel Moreira in 2012, his Brazilian opponent chopped him down with leg kicks that left him virtually immobile. Struggling to stay on his feet, Boku miraculously fought back and won via come-from-behind knockout.

In his most recent fight, Boku took on the much larger Arnaud “The Game” Lepont of France and won by delivering a vicious uppercut that abruptly ended the night for the proud Frenchman.

The former One FC lightweight champion, Boku’s weakness is his Brazilian Jiu-Jitsu, which failed him in a title defense against Shinya Aoki last year. So don’t count on Boku taking Folayang to the ground anytime soon.

All signs indicate he’ll try to steamroll through Folayang as well with his pinpoint striking.

Both fighters will likely try to keep the fight on their feet for as long as it lasts. Folayang however has slightly better grappling skills than his counterpart and will most likely attempt a takedown at some point in the matchup.

Boku has a reputation for having an iron chin and explosive knockout power, having never been stopped by strikes. Folayang would be wise to shoot for the double leg.

When the fight hits the ground, and it will, Folayang should have the upper hand with his strength and enhanced wrestling. His larger frame should smother Boku on the mat and keep his opponent grounded in the guard as he pummels away. – Rappler.com