Larry Fonacier plays down his chances at 3-point shootout 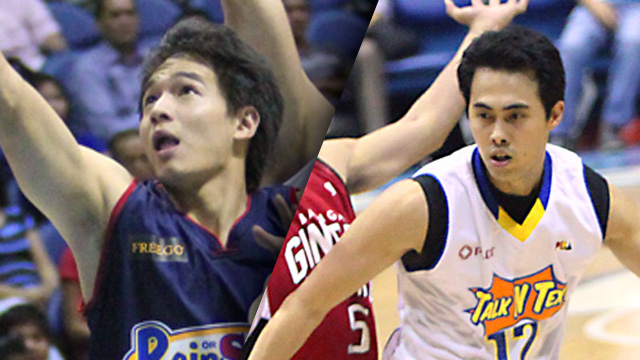 MANILA, Philippines – The reigning three-point king himself, Chris Tiu, singled out Talk ‘N Text’s Larry Fonacier as one of the biggest threats to watch out for during the 2014 PBA All-Star Weekend three-point shootout happening on Friday, April 4 at the Mall of Asia Arena in Pasay.

But the Baby Faced Assassin was quick to play down that distinction a day before he is set to show his deadly form from beyond the arc.

(Don’t believe him. He’s the defending champion so we aim to beat him. What he’s saying isn’t true!)

Fonacier, who is shooting 29.5% (31/105) from downtown so far this season, last participated in the three-point shootout during the 2007 edition of the PBA All-Stars.

“Sa sobrang dami ko nang na-try na three-point shootout hindi ako naging successful,” he said in good spirits. “So hindi ko alam bakit ako binibigyan ng chance ngayon na sumali ulit.” (In all the three-point shootouts I joined, I have not been successful. So I don’t know why they’re giving me a chance to join again.)

The Gilas Pilipinas guard may have to shake off some rust from all those years of missing the All-Star shootout but Fonacier is definitely on a mean streak so far in the 2014 PBA Commissioner’s Cup, where he has delivered dagger treys for Talk ‘N Text to help them to a 7-0 win-loss card.

He added: “I’ll just make the most out of it and do my best so whatever the outcome is I’ll be happy with it.”

The three-point shootout is part of the 2014 PBA All Star Weekend festivities and will happen specifically on Friday, April 4 at 5:30 PM at the Mall of Asia Arena in Pasay City.

This year’s All Star Weekend is from April 4 to 6. – Rappler.com