MANILA, Philippines – What better way to commemorate a courtesy call with the president of the Philippines than with a selfie?

That’s exactly what the University Athletic Association of the Philippines (UAAP) Season 76 women’s volleyball champions did when they met Benigno Aquino III at Malacanang Palace on Thursday afternoon.

Luckily for them, an official Palace photographer was on hand to take a few more formal shots for them.

Here are photos of the courtesy call taken by Robert Viñas of the Malacañang Photo Bureau. 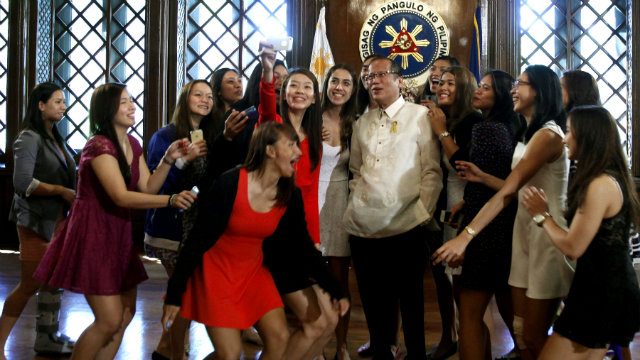 In case you were wondering how the actual photo turned out, here it is posted on Ateneo’s middle blocker Mary Mae Tajima’s instagram.