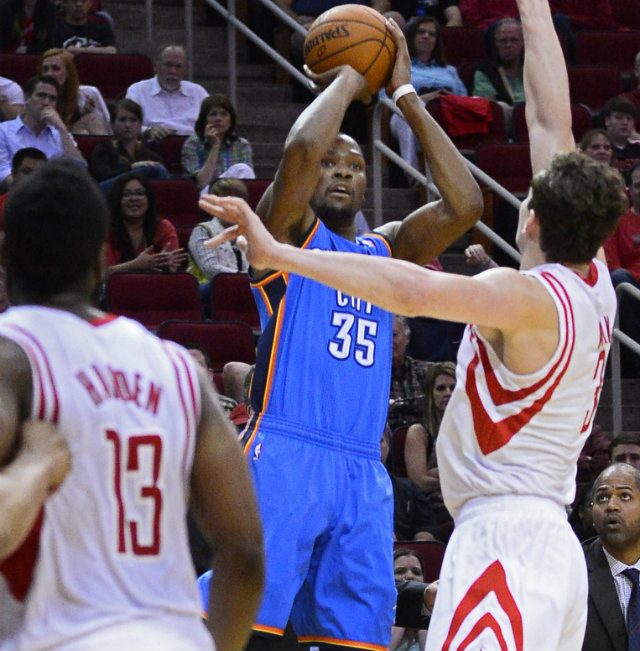 OKLAHOMA CITY, USA – Oklahoma City’s Kevin Durant notched his 40th straight game with 25 points or more on Friday, but it wasn’t enough to hold off the Houston Rockets.

Houston’s James Harden scored 39 points, grabbed nine rebounds and handed out seven assists to lead the Rockets to a 111-107 victory that secured their post-season berth.

Durant scored 28 points for the playoff-bound Thunder, matching Michael Jordan’s streak of 40 straight games of 25 points or more in the 1986-87 season.

Durant also pulled down 12 rebounds and passed out six assists, but he missed a potential game-tying three-pointer in the final minute.

The Thunder forward, who will certainly figure in the NBA’s Most Valuable Player voting, can surpass Jordan’s streak on Sunday, when the Thunder face Phoenix.

Durant last failed to score at least 25 points on January 5 against Boston, when he settled for 21 points.

His rare run has included a 54-point game against the Golden State Warriors on January 17, and over the course of the steak has averaged 36.3 points per game. – Rappler.com