The Kraken vs Gregzilla is finally happening 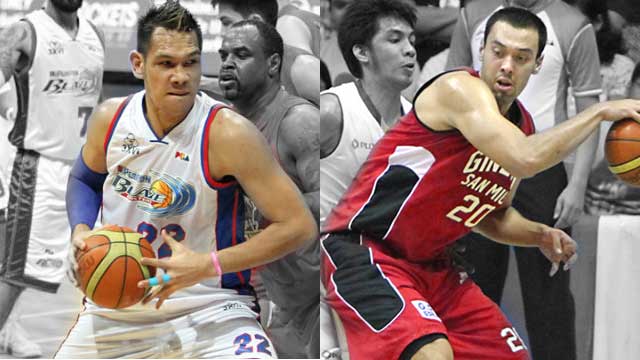 The showdown between two of the country’s premier basketball bigmen – both about 7-feet tall – will finally come to fore on Sunday afternoon, April 6 in the final event of the 2014 PBA All-Star Weekend at the Mall of Asia Arena.

It is the long-awaited clash between old college rivals June Mar Fajardo of the San Miguel Beermen and Greg Slaughter of Barangay Ginebra San Miguel. Fajardo will be on the Gilas Pilipinas team while Slaughter will be giving the nationals a hard time together with the PBA All-Stars.

Though it won’t be in a regular game, Fajardo, 24, says he’s still looking forward to playing against the same-aged Slaughter just like the old days in the Cebu Schools Athletic Foundation Inc. (CESAFI).

Slaughter, on the other hand, says the match-up isn’t on his mind coming into the game.

“Haven’t really been looking at it like that since this is an All-Star game,” he explained.

“My focus is to give the Gilas team a challenge so that they can work on what they need to do so they can prepare for the World Championship. All the competition they’ll be facing will all be team ball and not individual match-ups.”

Their first meeting was supposed to take place in the Philippine Cup late last year – on Christmas Day no less – with fans and the entire league in eager anticipation from the moment the 7-foot Slaughter was officially drafted first overall during the Rookie Draft in October.

But the 6-foot-10 Fajardo sustained a sprained knee injury just days before the mammoth match-up and ultimately sat on the bench the entire game, only able to gaze on as his team absorbed a 97-83 defeat.

The second time during the current Commissioner’s Cup also fell through as Fajardo went down once again with a left ankle sprain. Active consultant Todd Purves did not want to risk Fajardo then, considering the short single round robin eliminations.

Fajardo says he is eager about the match-up because he knows Slaughter is among the league’s best.

“Siya pinakamatangkad sa liga sa locals,” he said. “Galingan na lang namin.” (He’s the tallest in the league among the locals. We’ll just have to give it our best.)

Fajardo and Slaughter’s rivalry dates back to when they were playing for University of Cebu and the University of the Visayas, respectively. However, those collegiate match-ups at the post ended prematurely with Slaughter moving to Manila and finishing his collegiate career with the Ateneo Blue Eagles.

“Malaki, malayo na (It’s a big improvement, he’s come far),” Fajardo, who is also the first overall pick of his draft class in 2012, when asked about how Slaughter has improved since college.

But both towering athletes have improved greatly since they last met on the hardwood as they went on to hone their basketball skills further with experiences with the national team.

They were very much welcome to the Gilas Pilipinas frontcourt, and everyone from the team itself to the fans are fairly certain the two will lead the nationals in the future.

Slaughter competed in several international competitions already and helped out with Gilas during preparations for the 2013 FIBA Asia Championship. He was among the last to be cut from the final line-up. Fajardo, on the other hand, was with Gilas all the way to winning the silver medal and the ticket to the World Cup in Spain.

This year, Slaughter was tapped by Gilas head coach Chot Reyes once again as he builds his team for Spain. Slaughter eventually opted to decline the invitation out of respect to the Gilas members who competed for the FIBA Asia silver medal.

Meanwhile, Fajardo, now much improved and confident after the FIBA Asia stint, continues to train with Gilas.

This match against the All-Stars will be Gilas’ first tune-up in preparation for the World Cup in August.

(We’re serious about this because this is our first tune-up game for Spain.)

Though he says he is not looking for long playing time, nor does he feel he deserves it.

(Just quality minutes. I’m not looking for prolonged playing time. Marcus is there and I know my role as back-up for Marcus. I’m just grateful if I’m fielded in.)

The All-Stars will be coached by Philippine Cup champion coach Tim Cone, who says he is looking to run offensive sets that Gilas will likely encounter in the World Cup. 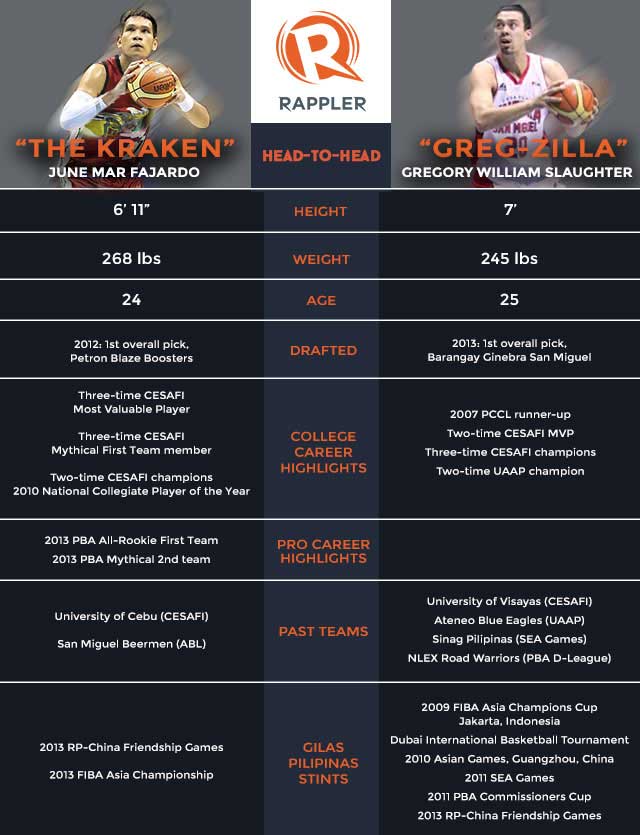