MANILA, Philippines – The PBA All-Stars vs. Gilas Pilipinas game has serious ramifications for Philippine basketball. It will serve as the men’s national basketball team’s first scrimmage for the FIBA World Cup this summer, the first time in decades the Philippines has qualified for the tournament in decades.

That doesn’t mean they can’t have a little bit of fun, though.

Before the two squads got down to business at the Mall of Asia Arena on Sunday, April 6, the two squared off in a dance battle to see who had the best moves outside of the low post.

Below are photos from the light ceremony by Rappler’s Josh Albelda. 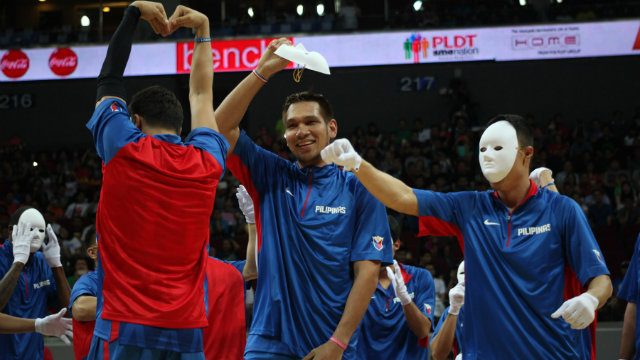