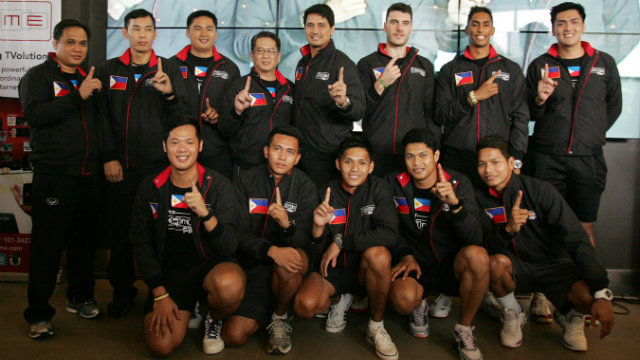 For the most part, Team Philippines breezed through their opponents who simply played a hugely erratic game.

The game started off slow and cold with both teams committing service errors. But the Philippines then went on a 3-0 spurt to lead 5-3 early on and picked up steam as the set wore on.

Service and attack errors helped the Philippines’ cause as they capitalized on easy points given to them by Mongolia to eventually build a 21-12 wall before they cruised to their first set win.

That lead was a result of an 83% first set success rate on attacking for the Philippines, compared to only 18% for Mongolia.

It was Australian spiker Cedric Legrand who played the role of energizer bunny beginning in the first set. He eventually finished with 18 points.

“We trained for this game. It did go the way we expected,” said the 26-year old after the game. “The team played really well together. It’s a good team win.”

The Mongolians put up some major resistance in the second frame, however, as they finally got to execute better and put together some runs.

With the Philippines up 22-13 and seemingly on their way to an easy 2-0 set lead, the Mongolians came alive and went on a sizzling 9-1 blast to threaten the Philippines, 23-22. But Kheeno Franco stopped the bleeding with a point before Mongolia, haunted once again by their perpetual errors, botched the final point on a service mishap.

In the third set the Philippines led 22-13 once again but this time made sure the Mongolians will stay down and would come back no more.

With this competition, which will run for 9 days from April 8 to 16 in Manila, the Philippines has a chance to showcase its men’s volleyball chops and finally move up the International Federation of Volleyball (FIVB) rankings. Currently, the country sits at a far 127.

The Philippines is bracketed in Pool A together with Mongolia and Iraq. They will play Iraq on Thursday, April 10. – Rappler.com