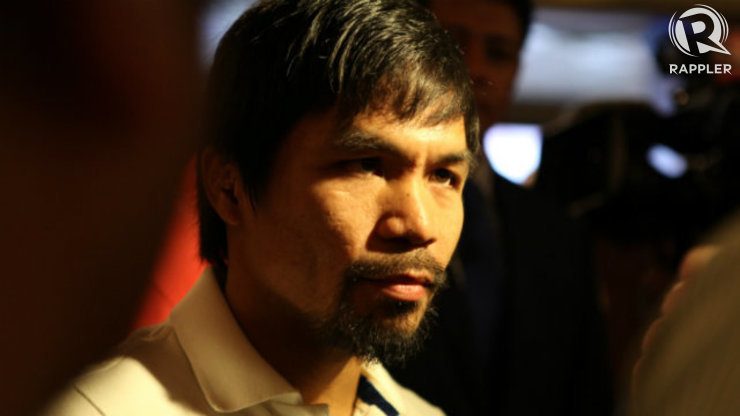 MANILA, Philippines – If Manny Pacquiao is going to defeat Timothy Bradley in their rematch on Saturday, April 12, it’s going to be because of what he does in the gym, not in the church.

That’s what Freddie Roach, Pacquiao’s trainer for over a decade, asserted when asked about what role religion and faith will play in their return bout, which will be contested for Bradley’s WBO welterweight title.

Roach, who was a tenacious featherweight contender himself during the 80s, concedes that he’s seen some of Pacquiao’s killer instinct wane in recent years, beginning around the time that he became more involved with religion.

Pacquiao, who is in his second term as a congressman in the Philippine province of Sarangani, also leads his own Christian ministry. Bible studies and hymns have become as omnipresent in Pacquiao’s training camps as sparring and jumping rope.

Once known as the most ruthless, cold-blooded finisher in the sport, Pacquiao hasn’t scored a knockout since his 2009 stoppage of Miguel Cotto. As Pacquiao’s performances became less dynamic, the General Santos City native has become more vulnerable, hitting a breaking point in 2012 with his decision loss to Bradley followed by his sixth-round knockout loss to Juan Manuel Marquez.

In an effort to return Pacquiao to the mindset that produced his most professional performances, Roach is using the book that has the most influence over the eight-division champion’s life.

If Pacquiao’s newfound outspokenness is more than just talk, then Roach’s game plan is already beginning to show dividends. Pacquiao has been openly promising to return to his more violent ways. In their first fight, Pacquiao decelerated in the second half after winning many of the early rounds and allowed the fight to slip away.

“I’m just controlling because I know I’m ahead on points and I’m taking it easy, smiling with the HBO guys and audience,” Pacquiao (53-5-2, 38 knockouts) told HBO Sports about his first fight with Bradley, which he lost by split-decision.

Pacquiao isn’t the only fighter in the main event who hasn’t been scoring many knockouts lately. Bradley, who has just 12 knockouts in his 31 victories against zero losses, has only scored one knockout in his past 14 fights. That isn’t stopping him from promising an unlikely early ending in his favor, which he says will come from his left hook.

“He can’t punch with either hand. Bradley can kick Manny if he wants to,” said Roach.

Still, Roach is weary of Bradley, who has won world titles in two divisions and has beaten Ruslan Provodnikov and Marquez in successive fights. With his ward nearing the twilight of his career at 35, Roach doesn’t want to see Pacquiao make the same mistake he made during his own career and hang on too long.

“We’ll think about retirement (if Pacquiao loses),” said Roach. “I don’t want him to become a stepping stone. I won’t let it happen.” – Rappler.com

Why Pacquiao should be worried about the Bradley rematch