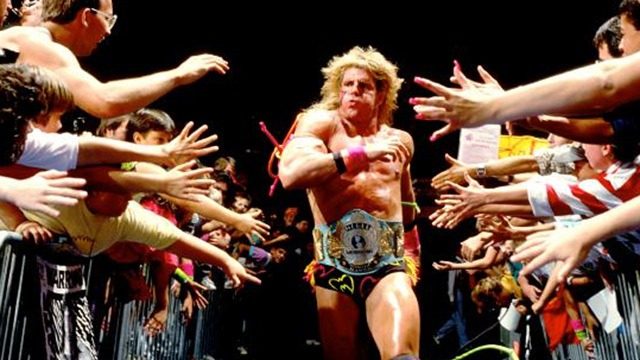 Facebook Twitter Copy URL
Copied
(UPDATED) He appeared on TV Monday night to thank the wrestling fans after his induction into the WWE Hall of Fame.

MANILA, Philippines (UPDATED) – The Ultimate Warrior, one of professional wrestling’s most iconic superstars, died Tuesday, April 8. He was 54.

This was announced on the World Wrestling Entertainment (WWE) website, following a tweet by its executive vice president, wrestler Paul Levesque or Triple H.

The cause of his death is still unconfirmed, but TMZ.com reports that he collapsed outside a hotel in Arizona, USA, on Tuesday while walking to his car with his wife. He was rushed to a nearby hospital, where he was pronounced dead.

Saddened to announce the passing of the Ultimate Warrior. Icon and friend. My sympathy to his wife Dana and his daughters

His last appearance was on Monday night, April 7, on the TV show WWE Raw, where he gave a speech in the ring, addressing the wrestling fans and the current crop of WWE wrestlers.

“You [the fans] are the legend-makers of the Ultimate Warrior. [Backstage], I see many potential legends, some of them with Warrior spirits, and you will do the same for them. You will decide if they lived with the passion and intensity. So much so that you will tell your stories, and you will make them legends as well.”

Friends and fellow wrestlers expressed their condolences on Twitter.

Sad to pass along the news that the Ultimate Warrior has died. Condolences to his wife & two, young daughters. RIP Warrior

#RIPUltimateWarrior Your strength of character is to be admired. There will never be anyone like you. Your spirit lives on in your family.

Loss always has a way of reminding us to live and love as greatly as we can. My prayers and strength to his family. RIP Ultimate Warrior.

Debuting in the WWE in 1987, the Ultimate Warrior won the Intercontinental Championship twice.

He then main-evented WrestleMania VI in 1990 and defeated Hulk Hogan in a “Champion vs Champion” match to win the WWE Championship.

He left the WWE in 1996, and formally retired from professional wrestling in 1999.

In 1993, Hellwig legally changed his name to Warrior.

Warrior is survived by his wife Dana and his two daughters. – Rappler.com