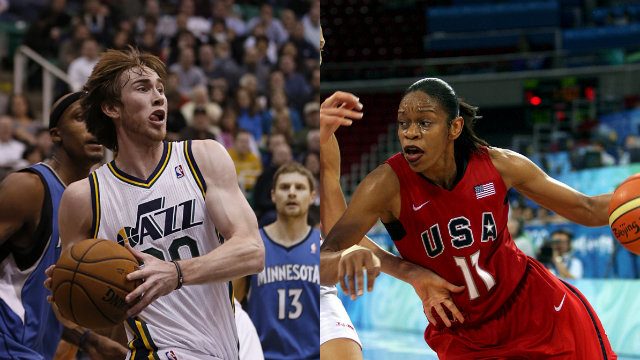 MANILA, Philippines – NBA player Gordon Hayward of the Utah Jazz is set to arrive in the Philippines along with WNBA great Tina Thompson on April 25-27 for the Jr. NBA/Jr. WNBA National Training Camp.

Hayward, the Jazz’s 9th overall pick in the 2010 NBA Draft and Thompson, a two-time US Olympic gold medalist who previously played for the WNBA’s Houston Comets, Los Angeles Sparks, and Seattle Storm, shall help coach participants from all over the country. The participants will aim to become Jr. NBA and Jr. WNBA All Stars.

Only 10 boys and 5 girls shall be named Jr. NBA and Jr. WNBA All Stars from a pool of over 50 players selected from regional training camps; the winners will have a chance to battle other countries’ representatives later this year and will also be given an NBA experience.

The national training camp will be held at the Philippine International Convention Center Forum 2 and 3 from April 25 and 26 and at the SM Mall of Asia Concert Hall on the 27th.