Facebook Twitter Copy URL
Copied
Relive the moment of Ana Julaton's successful MMA debut in photos from Nevin Reyes
MANILA, Philippines -It isn’t easy making the transition from the boxing ring to the cage: ask James Toney and Riddick Bowe.
But Ana Julaton – a former WBO junior featherweight champion from Daly City, Calif. – isn’t just an ordinary fistfighter moonlighting in mixed martial arts. The 33-year-old had trained in jiu jitsu and taekwondo from a young age before going to boxing later in life.
That experience served her well on Friday, May 2 when she stepped into the cage for the first time against Aya Saber of Egypt at the Mall of Asia Arena in Pasay City, Philippines for ONE FC’s Rise of Heroes. (READ: Ana Julaton wins MMA debut at One FC Rise of Heroes)
Julaton survived some tense moments, including a guillotine choke that nearly forced her to tap in round two to knock her opponent out with 59 seconds left in round three from a ground and pound attack.
Relive the moment with these photos from Nevin Reyes. 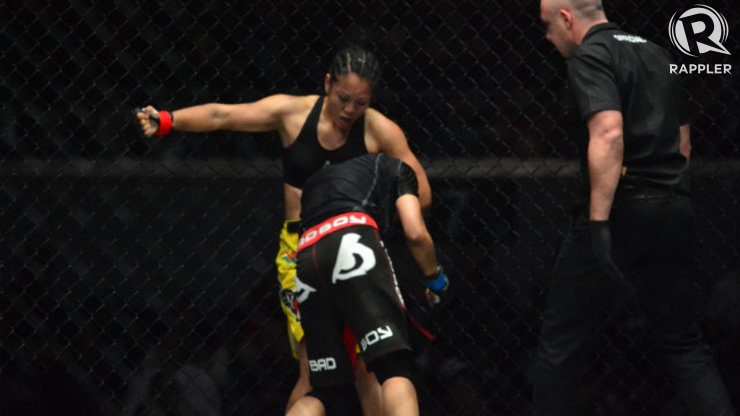