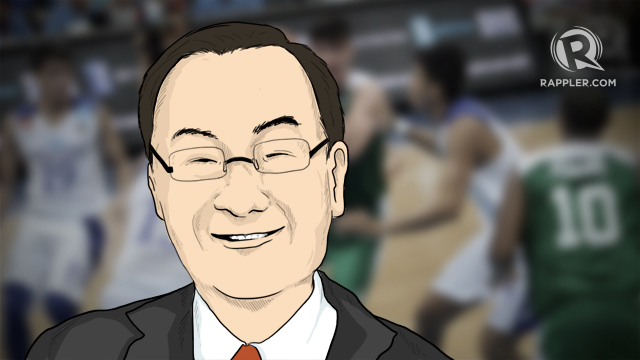 The news was announced by multiple media outlets earlier today, May 30.

Jao, who was reported to have been offered the job a few weeks ago, last served as Commissioner of the league in 2011 when the UAAP was hosted by Ateneo de Manila University.

In 2014, with University of the East serving as the league’s host, Jao has been offered the job once again, and will succeed last year’s commissioner, Chito Loyzaga.

Currently, Jao is serving as a consultant for the Talk ‘N Text Tropang Texters in the PBA – a job he likewise held with the Rain or Shine Elasto Painters before working with Head Coach Norman Black and company.

There were reports that a couple of other noteworthy candidates were considered for the commissioner position. Some of which include PBA legend and former country senator Robert Jaworski, former PBA commentator and commissioner Noli Eala, and former PBL Commissioner Chino Trinidad.

The 77th season of the UAAP is slated to start on July 12 (Saturday), with the opening ceremonies to take place at 12 noon at the Mall of Asia Arena.

That game will be followed by a matchup between De La Salle University and Far Eastern University at 4:00 pm. – Rappler.com