Jun 21, 2014 3:44 AM PHT
Facebook Twitter Copy URL
Copied
Filipino-American college standout Jason Brickman tells Rappler that he plans to secure a Philippine passport this summer with hopes of playing for the national team 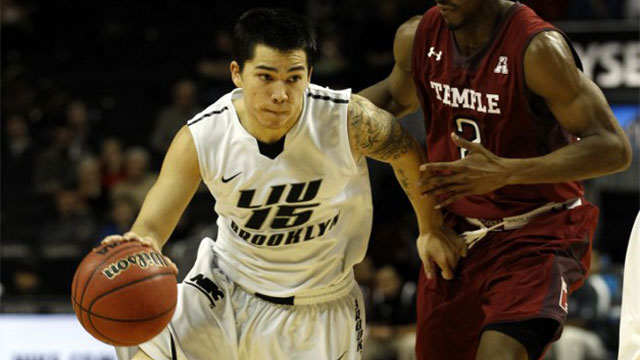 MANILA, Philippines – Filipino-American college standout Jason Brickman tells Rappler that he plans to secure a Philippine passport this summer with hopes of playing for the national basketball team.

The 22-year-old Brickman, who recently concluded his Long Island University Brooklyn career as the NCAA Division I men’s fourth all-time assists leader with 1,009, said he hasn’t reached out to Gilas Pilipinas management yet.

“I would like to play for the national team,” said the 6-foot Brickman, whose mother was raised in Manila. “I haven’t seen them play yet, but I think it’s exciting that they have a chance to represent the country in the FIBA World Cup.”

A fastbreak point guard adept at lobs and bounce passes, Brickman averaged career-highs of 11.3 points and 10.0 assists a game, becoming just the second player in NCAA D1 history to average a double-double.

After concluding his college career, Brickman hired an agent and worked out a two-year deal to play for Dynamo Moscow in the Russian Superleague.

“I’m excited to start my professional career in Russia,” said the San Antonio, Tex. native. “It will give me a great opportunity of exposure since the team is in the top league in Russia. I feel like I will have a chance to improve my skills and gain experience of playing professionally in Europe.”

Gilas will play in the FIBA World Cup in Spain, which begins August 30 and concludes September 14, plus the Asian Games in Incheon, South Korea from September 19-October 4.

The deadline to submit the 24-man roster for FIBA is June 30, while the roster deadline for the Asian Games is August 15. – Rappler.com