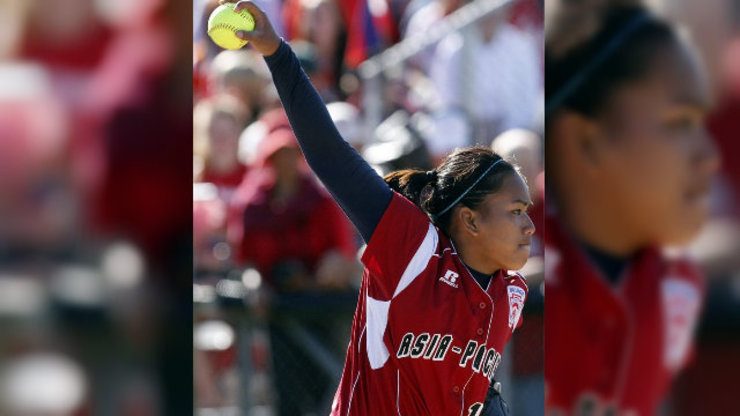 MANILA, Philippines –  Brandi Melero broke the backs of a scrappy Philippine squad, whipping a grand slam homerun in the bottom of the fifth inning in lifting Mexico to a lopsided 7-0 triumph Wednesday, July 9, in the Softball World Cup in Irvine, California.

Melero made the most of her turn at bat, going for a perfect 2-for-2 with 6 RBI (runs-batted-in) as she also doubled to drive in two runs in the third in anchoring the Mexicans to their first triumph, the bleacher report online sports website reported.

The Blu Girls, as the Philippine softball squad is popularly known, absorbed their first loss in the seven-nation series following their 3-0 win over Venezuela last Tuesday, July 8.

They were stymied by Mexican pitcher Erika Bennett, who was solid on the mound in 5 innings, limiting her opponents to 5 hits and struck out 7.

Rizal Technological University pitcher Veronica Belleza was credited for the loss, lasting only 3 innings after walking 3, striking out two and surrendering 3 runs.

After hurling two scoreless innings, Belleza unraveled in the third against the Mexican batters.

Belleza walked Kylie Padilla, who moved to second on a sacrifice play and scooted home on Tatiana Alcala’s double.

The rattled Bacolod hurler then gave up another walk to Marissa Bravo, filling runners on first and second before Melero went up the plate and drove Alcala and Bravo home on a sizzling double.

Having seen enough, PH coach Randy Dizer yanked out Belleza and replaced her with Adamson ace Annalie Benjamin, who yielded Melero’s grand slam homer in the lower fifth closing out the match.

The Filipinas face a tough schedule on Thursday, July 10, (Wednesday, July 9 in the US), tackling Canada in the morning at 11:30 a.m. then take on seven-time World Cup titlist Team USA in the evening at 7 p.m.

The competition serves as a tune-up series and final tryouts for the national women’s softball squad that will represent the country in the 17th Asian Games set Sept. 19-Oct. 4 in Incheon, South Korea. – Rappler.com