Jessica to sing at Pacquiao fight 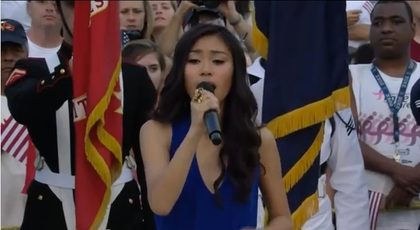 Sanchez will be singing before a live audience of over 16,000 fans and tens of millions of viewers worldwide watching it live on Pay-Per-View, promoters said in a statement.

Sanchez will be joining the rest of Season’s 11’s Top 10 on the road this summer for the American Idols Live! Tour, which will begin July 6 in Detroit.

The half-Filipino landed second in the last season of ‘Idol’ in a sensational journey to stardom.

(We earlier reported that Sanchez will sing the Philippine national anthem. Our apologies.)