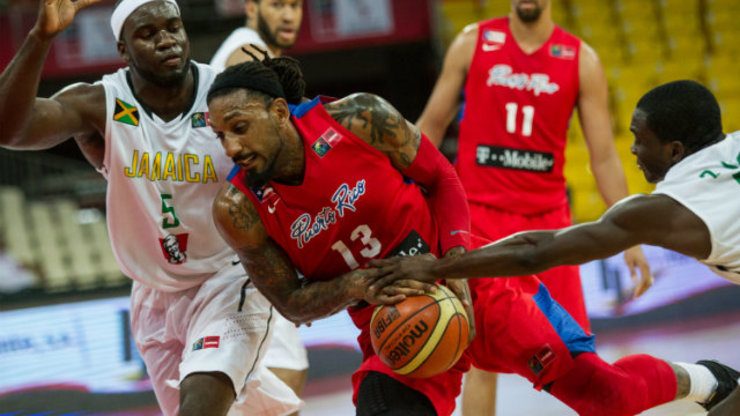 Facebook Twitter Copy URL
Copied
Take a closer look at the Puerto Rican national basketball team, which will face Gilas Pilipinas in Group B of the FIBA World Cup

The 2014 FIBA World Cup of Basketball is closing in. After 36 years, a Filipino team is once again among the teams participating, and Pinoy hoop nuts the world over eagerly await how Gilas Pililipinas will fare against the world’s best basketball talents.

In this five-part series, we will give a preview of what to expect from each team Gilas will face in Group B. In this particular post, we’ll focus on a FIBA Americas powerhouse team led by three NBA-level talents – Puerto Rico.

Los Gallos just came off a loss to Team USA, but they have been brilliant in some of their previous pre-tournament tune-ups, with wins over Angola and Argentina. Puerto Rico beat Argentina, 97-87, behind the 17 points and 9 assists of NBAer JJ Barea. That should boost this team’s confidence moving forward and should definitely make them a legitimate threat to be among Group C’s frontrunners.

The main thing going for coach Paco Olmos’ quintet is their silver finish in the 2013 FIBA Americas, losing to Mexico in the Final. With a relatively healthy and intact roster, Los Gallos should be a major force in Spain.

The focus will squarely be on Puerto Rico’s vaunted backcourt, where, aside from Barea, Carlos Arroyo will be the top threat. The former NBA playmaker, who now plies his trade for Galatasaray in Turkey, continues to be an awesome two-way player in FIBA hoops, despite already being 35 years old. He shot better than 44% from beyond the arc in the 2013 FIBA Americas while also norming around 4 assists and 2 steals per outing.

Another guy to watch is Renaldo Balkman, who will team up with Jorge Brian Diaz, Ricardo Sanchez, Alex Galindo, and veteran Daniel Santiago up front for the Puerto Ricans. Balkman will be remembered as the PBA import who tried choking teammate Arwind Santos in 2013, and it will surely be an interesting affair when he faces Gilas Pilipinas in group play. He’ll certainly make life tough for our bigs, though. Balkman was a double-double threat in the 2013 FIBA Americas, averaging about 19 points, 9 rebounds, 3 steals, and 1 block per game. He shot an eye-popping 83% from the floor, too!

One X-factor is Alex Franklin, who was named 2012 Baloncesto Superior Nacional playoffs MVP after leading the Mayaguez Indians to their first league title. He’s coming off an injury that sidelined him in 2013, but look for the 6-foot-6 swingman to play a vital part as Los Gallos hopes to make a strong impact.

How does Gilas match up?

In terms of size, we match-up better with Puerto Rico compared to, say, Greece or Croatia, but that doesn’t necessarily mean we’ll have an easier time against this squad. Despite not having a platoon of superbly dominant big men, Los Gallos is still plenty dangerous thanks to its backcourt firepower. It’ll be really exciting to watch Barea and Arroyo square off against our very own Jayson Castro, LA Tenorio, Jimmy Alapag, and Paul Lee. It’ll be speed vs. speed and shooting vs. shooting. Should be great entertainment. 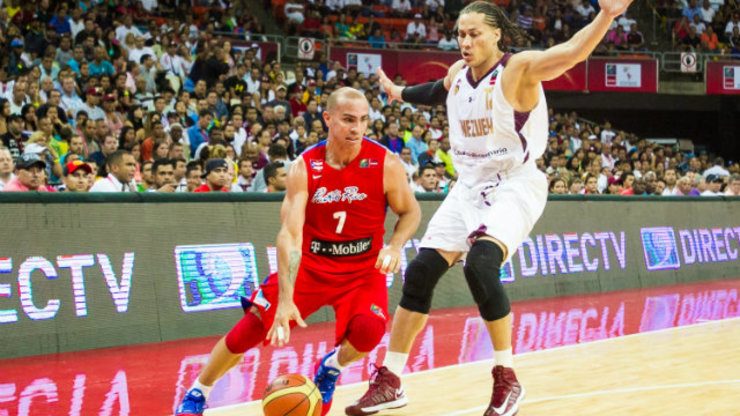 Having said that, Balkman will be a major force for Puerto Rico and a major headache for Gilas Pilipinas. Despite no longer playing in the NBA, Balkman is still a dominant frontliner in international hoops. He should match-up pretty well with Andray Blatche, in spite of the fact the former is giving up a few inches in size.

Speaking of Blatche, he might not need to shadow Balkman too much on defense, since Japeth Aguilar or Marc Pingris can, maybe, handle the former PBA import relatively well. Balkman won’t put up like 30 points and 20 rebounds, of course. Because of this, Dray can put up a double-double to pad our chances of upsetting Puerto Rico.

Outside shooting is a hallmark of both squads, so whoever shoots the lights out should come out on top. In this regard, Jeff Chan, Ranidel De Ocampo, Gary David, and even Gabe Norwood should be on-target. Anything less means our window closes much much faster.