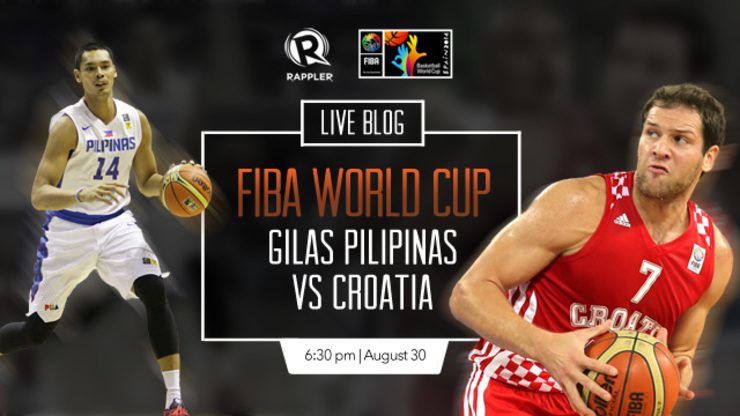 Croatia, which is bolstered by NBA players Bojan Bogdanovic and Damjan Rudez, is rated no. 16 in the world by FIBA and made it to the World Cup by finishing fourth in the 2013 Eurobasket. The Croatian team is a young squad with only one player at least age 30. The team also has six players who are at least 6-foot-10, including 7-foot-2 giant Ante Tomic.

This will be the Philippine men’s national basketball team’s first game in the FIBA World Cup since 1978.