Chot Reyes on Argentina loss: ‘This one really hurt’ 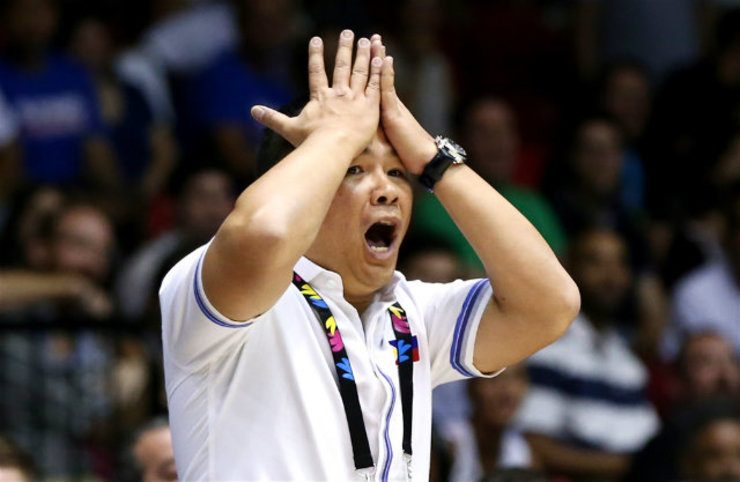 Facebook Twitter Copy URL
Copied
'The only regret in this game is we weren’t able to give the boys a win and the country a win,' said Reyes after Gilas pushed Argentina to the breaking point

SEVILLE, Spain – Gilas Pilipinas head coach Chot Reyes walked into the post-game interview with his head down, visibly dejected following the Philippines’ heartbreaking loss to Argentina in the early hours of Tuesday, September 2.

“This one really hurt,” he said to members of the press in a somber tone. “We controlled majority of the first half even with the foul trouble of Andray Blatche.”

Team Philippines took the fight to the world’s third best basketball team, per the FIBA world rankings, and even led by as much as 10 points twice in the first half of the contest before failing to execute down the stretch and falling short once more, 85-81.

It was Gilas’ third straight defeat in as many games so far in the FIBA Basketball World Cup, all of which had been close ones where the nationals put up a gallant stand and could have pulled major upsets against the likes of Croatia and Greece.

But this loss to Argentina was especially heartbreaking.

“We were down 15 points in the fourth quarter or late in the third and still we regrouped. That’s the reason why it hurt so much because our boys fight so hard,” Reyes said regarding the efforts of his dedicated, hard-fighting group of men that once again failed to produce a victory.

In addition to that, Gilas has been enduring injuries since before the start of the tournament. And their bid to win at least two games took a major hit when naturalized big man Blatche banged his knee in the team’s opening game against Croatia.

Blatche has since been playing through a sore right knee that has left him hobbling up and down the court. He was in foul trouble against Argentina in the early goings of the first period. But the locals held their own and raced to 12-2 and 17-7 leads with their hot shooting, including a fearless showing from the athletic Gabe Norwood who posterized Indiana Pacers’ Luis Scola and Marcos Mata on separate occasions.

Team Captain Jimmy Alapag lit up for the upset-minded Gilas squad and drained 5 three-pointers as they came to within 82-81 with less than two minutes to play. But Gilas failed to make anything out of a crucial endgame possession, which sealed their fate. (RELATED: ‘We belong here,’ says Jimmy Alapag after heroic Gilas stand)

“They fight so hard, they never quit,” Reyes said of his men who had but 19 hours of rest in between their games against Greece and Argentina. “We’re undersized, we’re banged up, we have injuries, we’re inexperienced but we just keep fighting. For me, the only regret in this game is we weren’t able to give the boys a win and the country a win.”

Reyes took the blame for the losses to Croatia and Argentina, where Gilas could have stolen victories towards the end.

“Personally as a coach I just have to be able to get better shots for my team in endgame situations. We had a chance to win against Croatia [but] we didn’t get it done,” he recalled of their first game where they pushed Croatia to the limit and even forced overtime.

“We had a chance to win the game tonight, I couldn’t get players to get shots. That’s why I’m very disappointed. I just have to be a better coach in the future.”

At 0-3, the Philippines will have to win its last two assignments, Puerto Rico and Senegal, and bank on Argentina to defeat Senegal in order to advance to the next round. The team will have one day to recuperate and dig within them for anything that can push them to a historic victory in the World Cup.

At this point of the tournament, when nobody no longer takes the Philippines for granted and Gilas is realizing what it is capable of, not aiming for a win is out of the question.

“If you told me at the start of the tournament that we would lose to Argentina, world’s number 3, by 4 points, with a chance to win the game at the end, I would have been very happy. But yes, it’s a very painful defeat,” Reyes shared.

“I think the Croatia loss was even more painful than this one because I thought we really had a great chance against them. It’s basketball, we just have to be able to pick ourselves up and be ready for the next game.” – Rappler.com