Facebook Twitter Copy URL
Copied
Jimmy Alapag has created many hoops memories in the PBA and with Gilas Pilipinas. As his career winds down, he's looking to close his run with Gilas with a bang

I remember back in high school when my best friend and I would talk (though “fangirl” would probably be the more appropriate term) about Jimmy Alapag and how insanely good he was. Alapag, who stands at 5-foot-9, was playing for Talk ’N Text at a time when its monicker was still “Phone Pals.”

He was all the rage back then – the Mighty Mouse, a speedy small guy who could shoot very well from downtown. He spoke in English and came from California but he was the ideal Pinoy underdog – the little guy who could.

My best friend introduced me to Alapag and his greatness. It was easy to be a fan right away as he went on to become Rookie of the Year in the PBA’s 2003 season. Over the years I would watch him drain stop-and-pop three-pointers, and light up the scoreboard and give coaches headaches with his from-the-parking-lot long shots.

Simply put, he was spectacular to watch. Those jaw-dropping, heart-racing shots – which could only be fittingly expressed or justified with profanity – are what made Alapag a household name among many Filipinos.

When I started taking basketball games seriously and covering it, I began to pay attention to the finer details of what makes Alapag such a great athlete.

For one, he is unselfish on the court. Alapag is a true point guard who takes the time to learn and understand his teammates’ tendencies. He knows where to find Ranidel De Ocampo on the wing, he knows where Ali Peek would be jockeying for position under the ring after he drives, he knows where he wants the 4 other guys on the floor to go for a slick play.

He just knows, which makes guarding him a scary prospect. 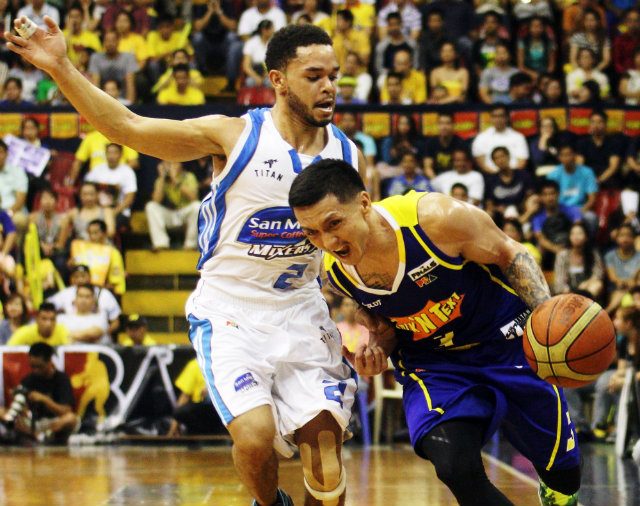 For another, he has that killer instinct. Few players have the right sense of when it is time to pull the trigger and what ammunition to use. Alapag is one of them.

I don’t think anybody else has the professional license to shoot fastbreak three-pointers under coach Norman Black’s watch in the PBA.

But perhaps his greatness is also tied with his uncanny ability to lead. Alapag is a leader, a captain. Not many grow into a leader role even as they become veterans. But Alapag was born to lead a team.

I remembered all of these as if it were entries from an old journal, as if I were watching re-runs of old PBA games on cable. They were from the past, my mind subconsciously decided. They’re good memories that happened long ago.

But in the wee hours of Tuesday, September 2, when Gilas Pilipinas played toe-to-toe against the world’s third best team Argentina, I was reminded that I don’t have to remember Alapag’s greatness, and it is not over just yet – because he’s still here and he’s still kicking ass.

The national team’s game against Argentina in the FIBA World Cup is right there with the South Korea game. His performance was pure heart, draining triple after triple – 5 of them in total – to push the former world champions to the brink.

Each time he was deployed by coach Chot Reyes, I just knew there was an unspoken agreement between them, which fans of Alapag and Gilas will also think about, that he is on the court to take charge, to spark the team.

And so he did.

Down by 15 late in the second half, Alapag buried treys, orchestrated plays, attacked and attracted the defense, and set up his teammates. He hit another long one with less than two minutes to go, bringing the Philippines to within 82-81 – a glorious moment for everyone watching.

All 36 years of him, willing this iteration of the national team to beat the odds and reach the final buzzer with more points than a much bigger, more experienced Argentina.

It was unanimous at that point: We could beat Argentina. And Alapag would take us there.

In the Philippines’ crucial possession with under a minute left, my Twitter feed exploded. Everyone knew the ball was for Alapag. It was his moment. It seemed like the perfect storybook ending to close the international chapter of his basketball career.

But it didn’t happen. It wasn’t meant to end that way just yet. Alapag’s biggest game in the international scene was not to end in a historic upset victory.

The defense forced Jayson Castro to keep the ball and take the lead. The Philippines would not convert on that possession as Castro was whistled for a traveling violation. Gilas lost another close one and it was as heartbreaking as ever.

Reactions started pouring in as we begun snapping out of the shock. We all felt for Gilas, for their gallant efforts, and for Alapag’s performance of a lifetime.

But it doesn’t end there. Not yet.

Alapag is Gilas Pilipinas’ leader. If Marc Pingris is the heart and soul of Gilas, Alapag is the backbone and the very foundation on which everyone stands sturdy and unshakeable.

Even before Argentina, Alapag was already there. Against Croatia, Gilas’ first opponent in the tournament, he also sparked a rally with a rare – though it wasn’t really rare for someone like him – 4-point play that eventually led to a 3-point lead for Gilas in the fourth.

It was a spirited run for a Gilas team still testing how far they can go in a tournament of this level. And it was with huge help from their team captain, Alapag, that they realized they could not only compete neck-and-neck against the world’s best, they can even beat them on a good night.

And after all was said and done after Argentina walked away with the win – and a sigh of relief for sure – Alapag, one of the smallest on the floor, still stood tall.

Years of experience had taught him to be gracious in defeat. I had seen it when his team succumbed to San Mig Coffee in the Finals of the PBA’s last mid-season conference. I had seen him calmly walk over to the adversaries he and his team could not overcome and shake their hands, congratulating them for a job well done, and in the process, earning their highest respects. 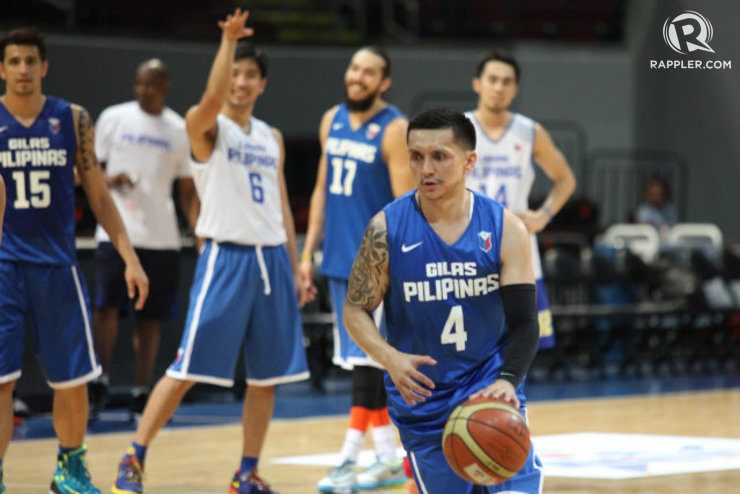 I’ve also seen him lead the national team in every way, whether it was in scoring or simply injecting life into his comrades. In fact, Alapag is the perfect team captain for Gilas Pilipinas. He is that kind of leader that will guide you and you know you can rely on. He is that kind of an inspiration to Filipinos, and he is that old reliable that when you watch him sprinting down the court, zigzagging through defenders, and lining up a long one, your heart races – not in doubt or exasperation questioning his decision or ability to make the shot, but in glee and ecstasy knowing he will not disappoint.

In the years since I was last in high school, I’ve come to realize that Alapag’s greatness is not in his off-the-charts basketball IQ. It is not in his skill set or talent. It is not in the number of points he gets, the assists he makes or the wins he accumulates.

Alapag’s greatness, the one that makes him truly Mighty, is in HOW he plays the game. It is how he respects it and how he dedicates himself to it.

This World Cup stint, his last dance wearing the Philippine jersey, is but further proof of his greatness. Whoever said Jimmy Alapag was going out quietly into the night is wrong.

We may not need to file Alapag under recent nostalgia just yet, but we must remember to savor the each remaining Gilas games in the FIBA World Cup. We must savor Alapag’s last foray on the international stage, just like he is making each game count.

And whatever fate awaits Gilas Pilipinas in these next couple of days, one thing is certain, the Mighty Mouse still has at least one more great game left in him.

How do I know? Because he’s Jimmy Alapag. – Rappler.com