‘We introduced Philippine basketball to the world,’ says Alapag 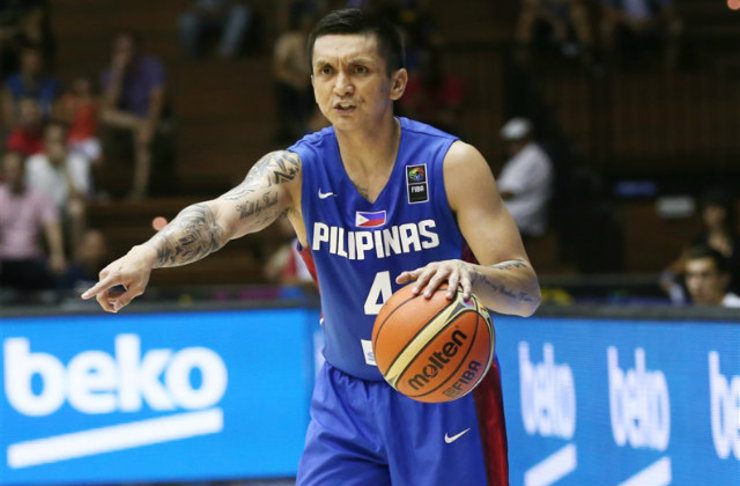 SEVILLE, Spain – The Philippines concluded its first campaign on the world stage of basketball in 36 years with a 1-4 win-loss record in Group B, failing to advance to the Round of 16. They lost heartbreaker after heartbreaker before eventually closing out their campaign with an 81-79 overtime triumph over Senegal.

To an outsider, that appears to be a very disappointing World Cup stint. But for Gilas itself and the millions of Filipinos supporting them, there’s a silver lining that has made it all worthwhile.

“Tonight’s win meant so much to the guys in the locker room, our coach, all of the coaching staff, all our supporters in Seville, all of our supporters back home and around the world. We all deserved this win,” added the 36-year old veteran point guard who declared this World Cup to be his last tour of duty for flag and country.

“I guess when we put everything in perspective, our role here was just to re-introduce Philippine basketball to the world stage. Hopefully, we did our country proud and we represented our country well.”

The Philippines exceeded pre-World Cup expectations and debunked analysis and predictions about how well they could compete in Spain. (RELATED: Coach Chot: ‘We should be going to Madrid’)

From the very beginning Gilas pushed Croatia to the limit with an overtime thriller despite failing to escape with the win. That was then followed by a hard-fought game against Greece, which is perceived to be the only clear-cut loss for Gilas.

They also gave third-ranked Argentina a run for their money, nearly pulling off the mother of all upsets if not for mental lapses in the endgame, before falling to Puerto Rico in another heartbreaker where Gilas blew a double-digit deficit and fell through once more in the end.

“To all the guys’ credit, we fought, we had to go into overtime against the tallest, most athletic teams in Seville,” Alapag said.

Still, having come so close and not making it still is a hard pill to swallow.

Reyes admitted feeling regret over the missed opportunities over the past few days where they could easily have ended up 4-1. He said the entire team agreed they all deserved to advance.

“Obviously we’re very happy with the win but we can’t help but feel a tinge of regret for the previous 4 losses. It was very, very close. In that dugout we all felt we deserved to go to Madrid and we were very close but it was not meant to be.”

Heading into the tournament, Gilas managed expectations both within the team and outside of it. They aimed to get two wins in order to advance to the next round but most wrote them off as last place finishers to be easily torn apart by opponents. Though a win over 41st-ranked Senegal was acknowledged as a realistic possibility. But Gilas overcame all odds and became the surprise team of the tournament. They also weathered injuries which plagued them even before their first game.

“I just have to end by saying how much I admire the courage and heart of those 12 men, of my players,” Reyes explained.

“We knew we didn’t have Jayson Castro in. We knew Marc Pingris was going to try. We knew Ranidel de Ocampo was far from a hundred percent but they gave it a go. Marc Pingris went until he could not even walk anymore. So we couldn’t play him in the last 3 quarters. Ranidel should not even be playing. We were just putting him in sporadically.”

Despite being undermanned, Alapag rallied his team together like a true leader and assured his coach they would not leave Spain without a victory.

“With so many guys hurting in the lineup, I told coach, ‘Whatever we got left in the tank, I don’t know how much is left, but whatever’s left, we’re gonna leave it out there.’” – Rappler.com