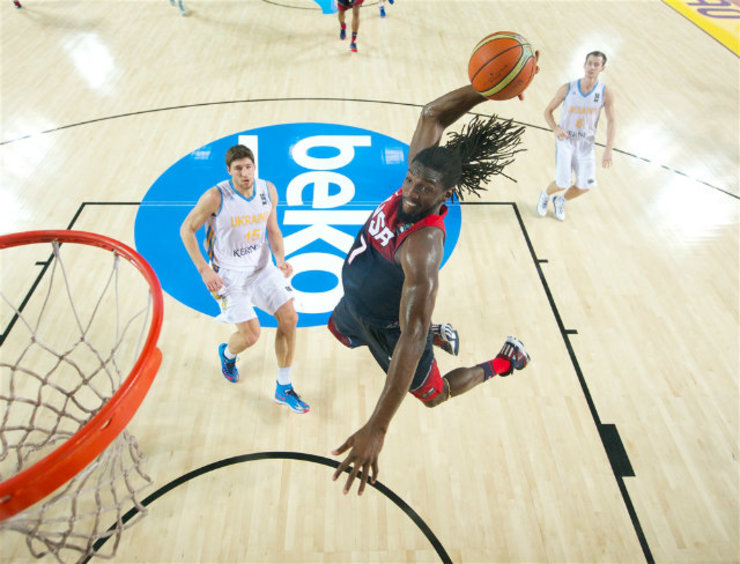 James Harden scored 17 points to lead the Americans to a 95-71 victory in Group C while four others hit for at least 10 points.

United States topped Group C at 5-0 and the victory also cost Ukraine a spot in the Round of 16 as they dropped from second in the group going into the day to fifth.

Turkey took second in the group after a 77-64 win over third placed Dominican Republic with Ogus Savas leading the way with 15 points.

New Zealand snatched up the fourth and final knockout berth in the group with a 67-65 win over Finland. Isaac Fotu collected 18 points and eight rebounds for the Kiwis.

New Zealand’s reward will be a Round of 16 date with Lithuania, who allowed just two points in the fourth quarter for a 67-64 win over previously unbeaten Slovenia to take first place in Group D. Jonas Valanciunas led Lithuania with 12 points.

Slovenia finished second despite 14 points from Domen Lorbek and will take on Dominican Republic in the knockouts.

Also in Group D, Angola beat Australia 91-83 with Yannick Moreira collecting 38 points and 15 rebounds. Australia, who will face Turkey in the last 16, rested two of their top players Joe Ingles and Aron Baynes.

Mexico secured fourth place in the group – and a date with the United States – with an 87-71 victory over South Korea. Hector Hernandez had 16 points and 11 rebounds for Mexico.

Both Groups A and B were won by undefeated teams.

Group A winners Spain built an early lead and never let Serbia back into the game in an 89-73 victory as Pau Gasol had 20 points and Ricky Rubio collected 12 points, four rebounds, six assists and seven steals.

Serbia, who got 19 point from Nemanja Bjelica, finished fourth in the group.

Brazil took second place with a 4-1 record following a 128-65 thrashing of winless Egypt as Leandroinho Barbosa had 22 points and Anderson Varejao collected 15 points and 10 rebounds.

France booked a ticket to the Round of 16 with an 81-76 win over Iran as Thomas Huertel was top scorer with 15 points. Iran finished at 1-4 despite 22 points and 15 rebounds from Hamed Haddadi.

Group B was topped by Greece, who knocked off Argentina 79-71 as Nick Calathes had 18 points and Giannis Bourousis chipped in 16 points and 15 rebounds.

The Greeks will next face off with Serbia in a classic European battle.

Argentina, who got 17 points from Luis Scola, finished third in the group and will do battle with South American rivals Brazil.

Earlier in Group B, Bojan Bogdanovic poured in 23 points as Croatia beat Puerto Rico 103-82 in a winner-moves-on, loser-goes-home showdown. Croatia jumped all the way to second and take on France in the Round of 16.

The day in Group B started with a feel-good story as Philippines picked up their first World Championship victory since 1974 by knocking off Senegal 81-79 as Jim Alapag scored 18 points and Andray Blatche had 18 points and 14 rebounds.

Senegal dropped to 2-3 in the group but claimed fourth place with a Round of 16 match-up against Spain awaiting.

The World Cup takes a day off on Friday before the Round of 16 games are played Saturday and Sunday – Rappler.com