Sep 5, 2014 8:20 PM PHT
Facebook Twitter Copy URL
Copied
'I hope you all remember the courage of these 12 men. It’s an absolute joy to be coaching this team,' said Chot Reyes 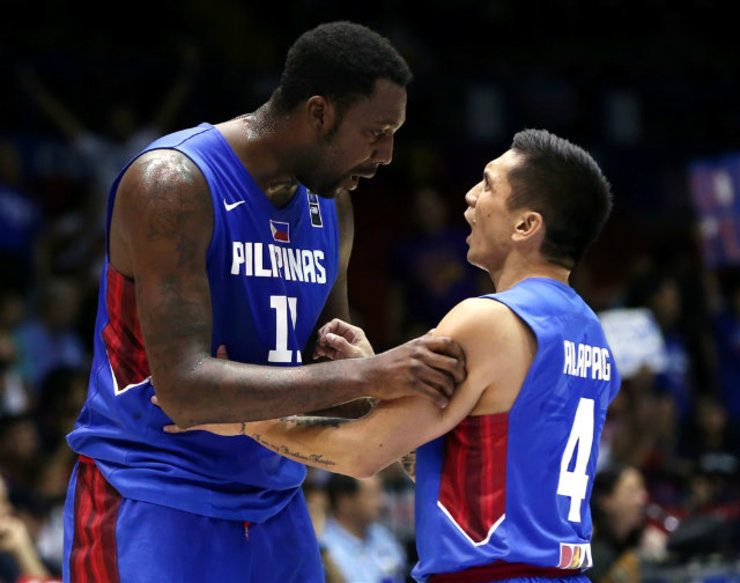 MANILA, Philippines – Gilas Pilipinas will not move to the round-of-16 at the 2014 FIBA Basketball World Cup. But head coach Chot Reyes hopes that in all of the could-have-been’s, close calls, the 4 losses and the lone victory, this Philippine team will be remembered.

“I’m really happy that you’re recording because I really wanted the whole world to record the courage of these men, so that people will know who we are and what we do,” Reyes told the press after Gilas defeated Senegal, 81-79, to wrap up their World Cup campaign and end a series of heartbreaking losses in Group B.

It was an emotional run for the Philippine team who came so close to moving on to the next round and exceeded  expectations more than they already have by just pushing the top teams to their limits. They lost very close matches against some of the world’s best including Croatia and Argentina as well as Puerto Rico. Their only perceived clear-cut loss was Greece.

“It’s just pure courage. In the end, that’s what Gilas is. When you talk about Philippine basketball at this stage, I hope that’s the kind of imprint we leave,” Reyes said, taking a fair amount of time to commending the fearlessness and determination his players displayed throughout the tournament – a legitimate testament to their battle cry of “puso” or heart.

He previously said one goal was accomplished in this tournament, and that was to be able to introduce Philippine basketball to the world again after many years.

Reyes declared his one and only wish for this iteration of the national squad, who threw predictions and expectations out the window and laid it all on the line, from their rigorous, rushed one month preparation to their bravery each game day of the World Cup.

“Tomorrow we’ll be gone. The round of 16 will move through and go to its conclusion. We’re going to be a footnote,” he said. “To the people here in Seville who covered us, I hope you all remember the courage of these 12 men. It’s an absolute joy to be coaching this team.”

Years from now, Gilas will be remembered as the team that surprised everybody with their strange style of basketball anchored on speed instead of size or height. Gilas will be recalled as the small guys who played hard, inspiring basketball and nearly upset teams like Croatia and Argentina. They’ll be known for their almost-but-not-quite campaign where they ended up at 1-4 and out of contention because they lacked the experience and couldn’t get the job done.

(RELATED: Gilas Pilipinas makes a name for itself in Spain)

Highlight plays such as Gabe Norwood’s dunks will remind people of that one team in Group B in 2014 that had flashes of brilliance despite being undersized.

“I told my players [before the game against Senegal], we never know how long we’ll be here. We never know if we’ll be back in this stage again. The one thing we know, when our short lives are over the one thing that will remain is the pride our children will feel when they speak our names,” Reyes spoke fluidly.

“That’s what we played for tonight.”

A moment of silence, in appreciation of the people who matter most to Reyes and his team in their personal lives, changed the way they played.

Their motivations and inspirations were much deeper now and more satisfiying than ever.

“I told every single player. I told Jimmy to think of Ian, his son. I told LA. Tonight, I told them, we’re playing for the fans here and the millions of supporters,” he explained.

“But tonight I told them to close their eyes for a second and I wanted them to think of the people who really mean something special in their hearts. They came out and played for those people. I don’t know if we’ll be back here again, if I see you all again, but I hope that the one thing remains is the record of courage of these 12 men. We put ourselves out there.”

Most times, names are hard to remember and attach to a face. Many people we don’t know leave this earth quietly, like they simply passed by this life without making much of an impact enough for the world or societies to know about.

But in this World Cup, on soil far from their homes, Gilas Pilipinas made absolutely sure the world knew who they were. They did so simply by fighting hard against adversity and toppling odds stacked against them.

Gilas Pilipinas’ mighty stand in this World Cup may one day be lost in archives of statistics that won’t really tell you of the real weight of what they did for the Philippines. They may grow old and pass on, but the names of these Gilas players that made history in 2014, will echo endlessly through time. – Rappler.com