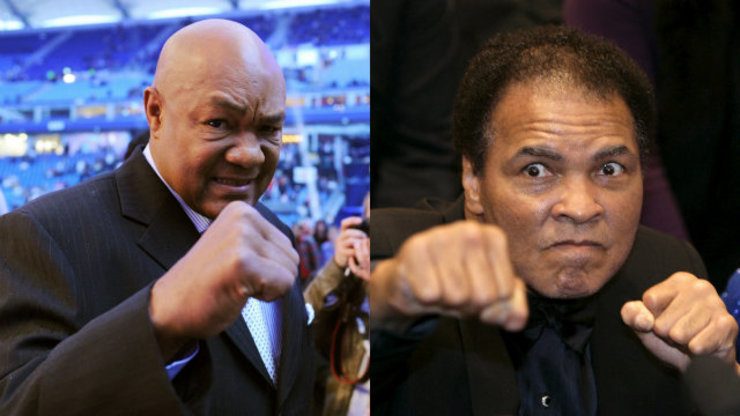 WASHINGTON, USA – In a reversal of roles, the outspoken Muhammad Ali won the “Rumble In The Jungle” 40 years ago but has become a stricken, silent icon, while brooding slugger George Foreman has turned into an outgoing tycoon.

Parkinson’s disease ended the snappy banter that was Ali’s trademark. The man who once said “when you are as great as I am it is hard to be humble” no longer speaks in public and is rarely seen.

Foreman was an awkward, unloved figure when he lost his title on October 30, 1974. But he has evolved into a slick businessman selling barbecues and grills and speaking out as a champion for the 50-and-over set.

It has been a cruel fate for Ali, who had the world title taken away in 1967 for refusing to fight in the Vietnam War.

He took his political battle to the US Supreme Court which in 1971 upheld his conscientious objector status, setting the stage for the Foreman showdown.

Ali used a “rope-a-dope” strategy in Kinshasa and let Foreman, who had not needed more than two rounds to win or defend the crown, exhaust himself throwing punches. Ali flattened his rival in the eighth round.

Ali turned into a global symbol of greatness beyond sport, his fight for civil rights and social justice creating a legacy that saw him light the torch at the 1996 Atlanta Olympics. Even Foreman – who took 20 years to regain the crown – cannot deny the Ali force. “Muhammad Ali has always been bigger than boxing,” Foreman said in an essay on his website.

“I say Ali was the greatest man because there has never been a man so young and so good at what he did, give up so much,” he added.

“I say boxing is too small for Muhammad Ali. He changes the very world. No other boxer could do that.”

In 1990, Ali went to Iraq to negotiate the release of 14 US hostages from Saddam Hussein. In 2005, he received the Presidential Medal of Freedom, the highest US civilian honor.

Also in 2005, the $60 million Muhammad Ali Center opened in his hometown of Louisville, Kentucky, as a museum tribute to his career and a base for his charity efforts, including humanitarian awards given out most recently in September.

Ali, now 72, has had to combat regular reports that he is critically ill, including this month.

“Don’t believe the hype. Feeling great earlier today,” Ali tweeted, along with photos of himself at a Louisville school and a Virginia resort.

“His speaking style is lower in tone and as the day goes on, he doesn’t speak as well as he does in the morning,” family spokesman Bob Gunnell told the Louisville Courier-Journal. “But Muhammad is a strong person for his age and for the disease he has.”

Foreman, 65, retired from boxing in 1977, became an ordained minister and opened a youth center.

A decade later, he returned to the ring at a time when Mike Tyson was the feared heavyweight fighter. Foreman took Evander Holyfield the distance before losing a 12-round decision in 1991.

But in 1994, wearing the same red trunks in which he had lost to Ali 20 years earlier, Foreman knocked out Michael Moorer to win the heavyweight crown aged 45, still the oldest champion in heavyweight boxing.

Foreman was stripped of the titles for not fighting mandatory foes but his point had been made.

He cited a healthy diet as a reason for his success, attracting the attention of a fat-reducing grill maker. One hefty endorsement deal later, Foreman signed a deal that is estimated to have brought him $200 million.

Foreman backed a line of large-sized men’s clothing and most recently has been a spokesman for an inventor’s group seeking people with ideas while making appearances around his home in Houston.

“There had to be more to life than just ‘one, two, three, you’re out’. And I started looking for answers and that fight started me on my journey of looking for big answers. And because of that fight I found great answers too.” – Rappler.com